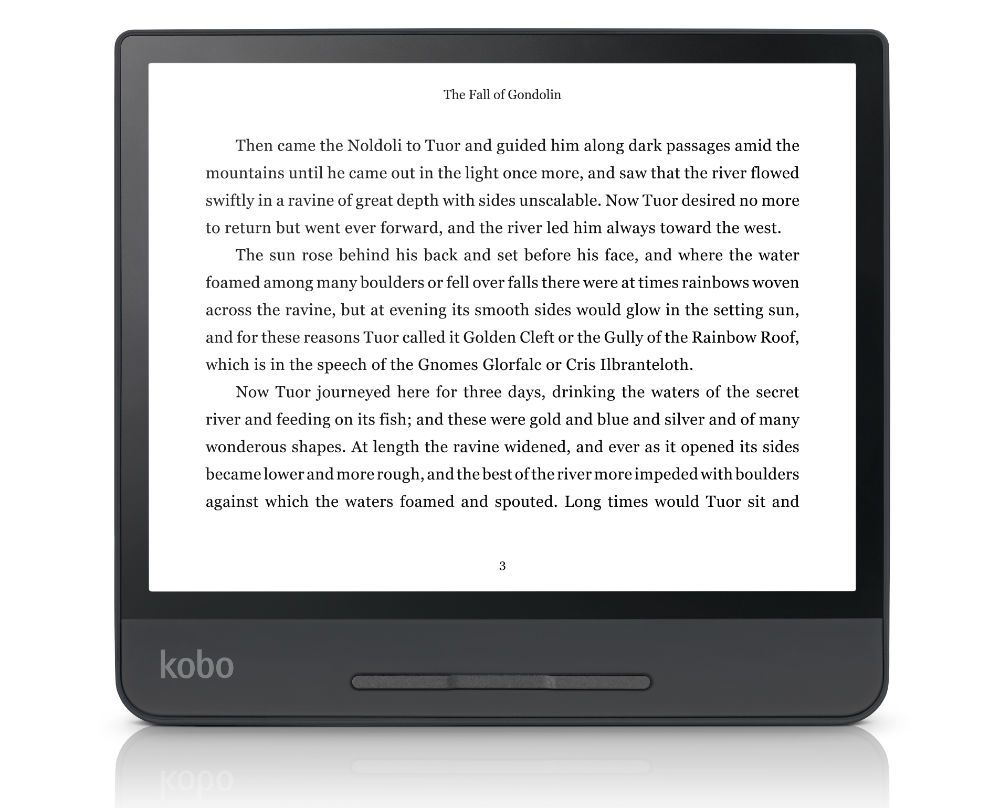 The brand new Kobo Forma e-reader is going to be available in Canada on October 23rd at Chapters Indigo and also big box retailers such as Best Buy and Walmart. This device is a better investment for Canadians than the Amazon Kindle Oasis and it basically comes down to price. The second generation Kindle Oasis E-reader retails for $389.99+tax and the Forma is $299.99+tax.

The new Kindle Oasis features a 7 inch capacitive touchscreen display with resolution of 1680 x 1264 and 300 PPI. It includes includes 12 LEDs for uniform lighting across the screen and allows you to read in the dark. The Kindle Voyage was the first Kindle with an ambient light sensors that adjusts the brightness as you move from room to room, or from outdoors to indoors and the all new Oasis has the same functionality. The Kindle Oasis has a IPX8 rating which means it can stay completely submerged in two meters of freshwater for up to sixty minutes, the Kobo Forma has the same certification. This means that if you use either of these two e-readers in the bathtub or the beach they can be submerged for up to 60 minutes.

The Kindle Oasis utilizes a brand new dual-core 1GHz processor with 512MB of RAM and this results in an e-reader that is tremendously robust. It has Bluetooth, WIFi and access to the Audible audiobook store, so you can listen to audiobooks via wireless headphones or speakers. Kobo does not offer Bluetooth or audiobook functionality.

The Forma has an 8 inch display EINK Mobius and Carta HD screen, making it more flexible than the Oasis. It has a resolution of 1440 × 1920 and 300 PPI. It is powered by a Freescale IMX6 Solo Lite 1 GHZ processor. It has 512MB of RAM and has two different storage options, 8GB and 32GB. It does not have an SD card.

One of the big advantages of the Forma for Canadians is that you can borrow ebooks directly from your local library, if they do business with Overdrive. You can save hundreds of dollars borrowing content from the library instead of buying it. The Oasis has a more complicated version of Overdrive support via WhisperNet, but it only available with an internet browser and is only for US customers. The Forma also has a color temperature system and more LED lights than the Oasis. This results in more even light distribution and you can mute the bright white screen with various degrees of orange. It basically gives you a candlelight effect, which is good if you are reading in bed at night next to your partner.

The Oasis and Forma are both considered flagship e-readers and are brimming with features. They both have manual page turn buttons, which is good for for people who do not want to rely exclusively on the touchscreen. The Oasis has automatic orientation that switches from landscape to portrait mode, but the Forma has 360 degree orientation via a gyroscope and there is an option to lock the orientation once you find a mode you like.

If you are looking to buy a new e-reader in Canada, I would suggest the Forma. It is $100 cheaper and has a larger screen. Sure the Oasis has a dual core processor and Audible support, but most people listen to podcasts and audiobooks on their phones or tablets anyways and not their e-reader.