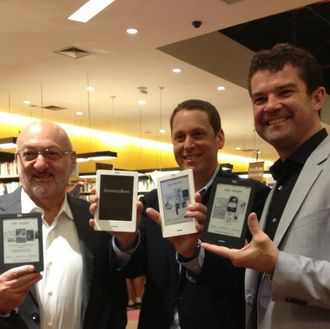 Kobo has just announced that it has entered the Brazilian market with retail partner Livraria Cultura. The Kobo Touch will be the first e-reader to hit the bookshops in early December and you can pre-order it starting today.

The Kobo Touch will cost around R$399, which is $199 US. The high cost is mainly attributed to the import fees and local taxes. It might seem a bit expensive by North American standards, but the market in Brazil can support it. There isn’t much competition there right now and 70% of customers are unfamiliar with the ebook concept.

Livraria Cultura currently runs over 14 stores in Brazil, selling 330,000 ebooks directly. The company will continue to run its own ebook store, but will also promote Kobo. Currently, Kobo only offers 15,000 ebooks in Portuguese and may only see sales on the hardware level. Retail distribution and visibility is key into opening new markets and was partly the reason Kobo products did so well in Canada.