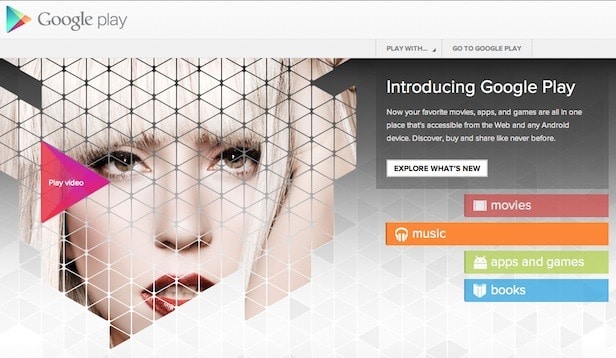 It has been a long time coming, but today the Kobo Vox has officially been certified by Google. You can now access the Google Play Android Market on your Vox e-Reader, which gives you access to over 500,000 apps available! Consumers can now take advantage of more music, movies, Android apps, and games than ever before with the Google Play store app preloaded on the Kobo Vox.

When the Kobo Vox originally shipped it came with Getjar as the ecosystem of choice to download new apps and games. Obviously, this ecosystem is fairly lackluster and does not have major apps by Google. With the new update you can now download all your favorite Google apps, like Gmail, Google Voice, Google Maps, Google Music, Google Videos, Youtube, and many more. Not only can you download all of the official Google apps but also major programs like Zinio, Press Reader, Cut the Rope, Twitter, and Pulse News.

Kobo is definitely moving in the right direction by integrating the Vox Tablet with the premier Google Android ecosystem. In the next few weeks a new firmware update will be pushed that gives existing users the chance to download it. New units sold will come with Google Play already installed on the tablet. There are rumors that Kobo is working on a new version of the Vox with dual cores, and this sets the stage for a new device that has Google Certified.

TORONTO, June 14, 2012 – Kobo Inc., a global leader in eReading, today announced that Kobo Vox™ eReader customers now have access to more than 500,000 apps as part of its support for Google Play™. Consumers can now take advantage of more music, movies, Android™ apps, and games than ever before with the Google Play store app preloaded on the Kobo Vox.

“Google Play is the perfect addition for the content-rich eReading environment of the Kobo Vox,” said Dan Leibu, Chief Technology Officer, Kobo. “This is another big step in our ability to give people an open and compelling multimedia device that can be customized to suit their needs. Having access to the thousands of games, apps and tools offered by Google Play makes the Kobo Vox an eReader and so much more.”

Google Play is a new digital content experience from Google offering one place to find, enjoy and share movies, games and apps. Ideally suited for the Kobo Vox, apps and games like the Google Play ™ Movies app and Cut the Rope™ come to life on the vivid colour 7” FFS+ multimedia touchscreen with its dynamic display features. The Kobo Vox is perfect for the multi-tasking consumer who wants to enjoy a best-in-class reading experience as well as send email, check Facebook, or browse their favourite websites.

In addition to Google Play, Kobo Vox customers will have access to Google Mobile™ services including: Gmail™, YouTube™, Google Maps™ for Android, Google Calendar™, Google Contacts™ and Google Play™ Movies, and customers in the United States will be able to store up to 20,000 songs for free through Google Play™.

For current Kobo Vox users, Google Play will be automatically included in the software update the next time they connect to the internet. For more information on Kobo and its award-winning eReaders as well as the Kobo Vox, please visit www.kobo.com.

Google Play, Android, Google Mobile, Gmail, YouTube, Google Maps, Google Calendar, and Google Contacts are all trademarks of Google Inc. All other trademarks are properties of their respective owners.

Kobo Inc. is one of the world’s fastest-growing eReading services offering millions of eBooks, magazines and newspapers. Kobo believes that consumers should have the freedom to read any book on any device, and has built an open-standards platform to provide consumers with a choice when reading. Inspired by a “Read Freely” philosophy and a passion for innovation, Kobo has expanded to nearly 200 countries, where millions of consumers have access to localized eBook catalogues and award-winning eReaders, like the Kobo Touch. With top-ranked eReading applications for Apple, BlackBerry, Android, and Windows products, Kobo allows consumers to make eReading social through Facebook Timeline and Reading Life, an industry-first social experience that lets users to earn awards for time spent reading and encouraging others to join in. Headquartered in Toronto and owned by Tokyo-based Rakuten, Kobo eReaders can be found in major retail chains across the globe.