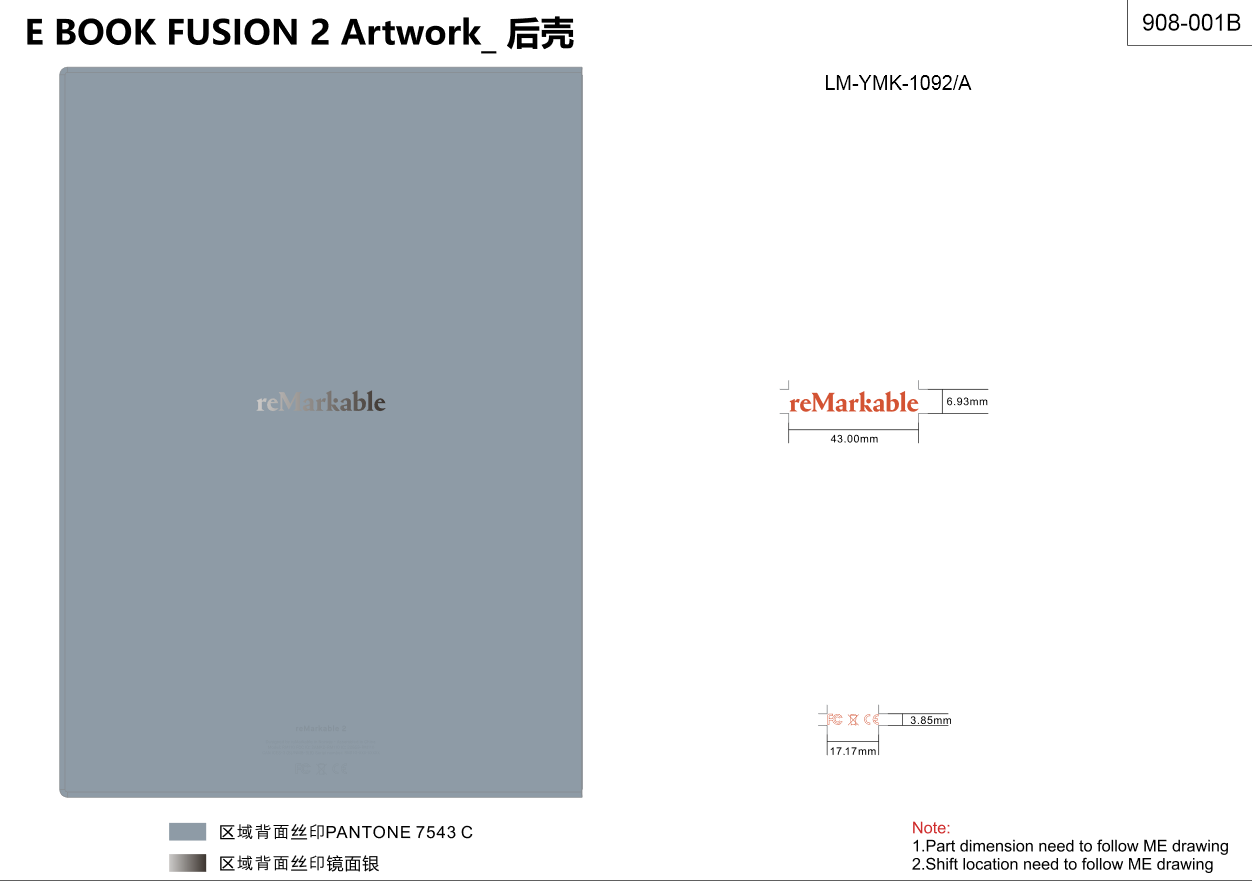 Good e-Reader has heard from the upstream supply chain a couple of months ago that there was going to be a Remarkable 2 developed. It happened quicker than I originally thought. The product has completed mass production and is ready to be released sometime in the next few weeks, since it just attained FCC certification. This is the last step a product needs before it can be sold in the United States.

The Remarkable 2 has a model number of RM110 and it looks to be the same size as the original model that came out a couple of years ago. There is little else provided to the FCC, since Remarkable wanted all of the hardware specs embargoed for the next 180 days. This ensures that the final hardware will not be tipped off to the competition or to prospective buyers. 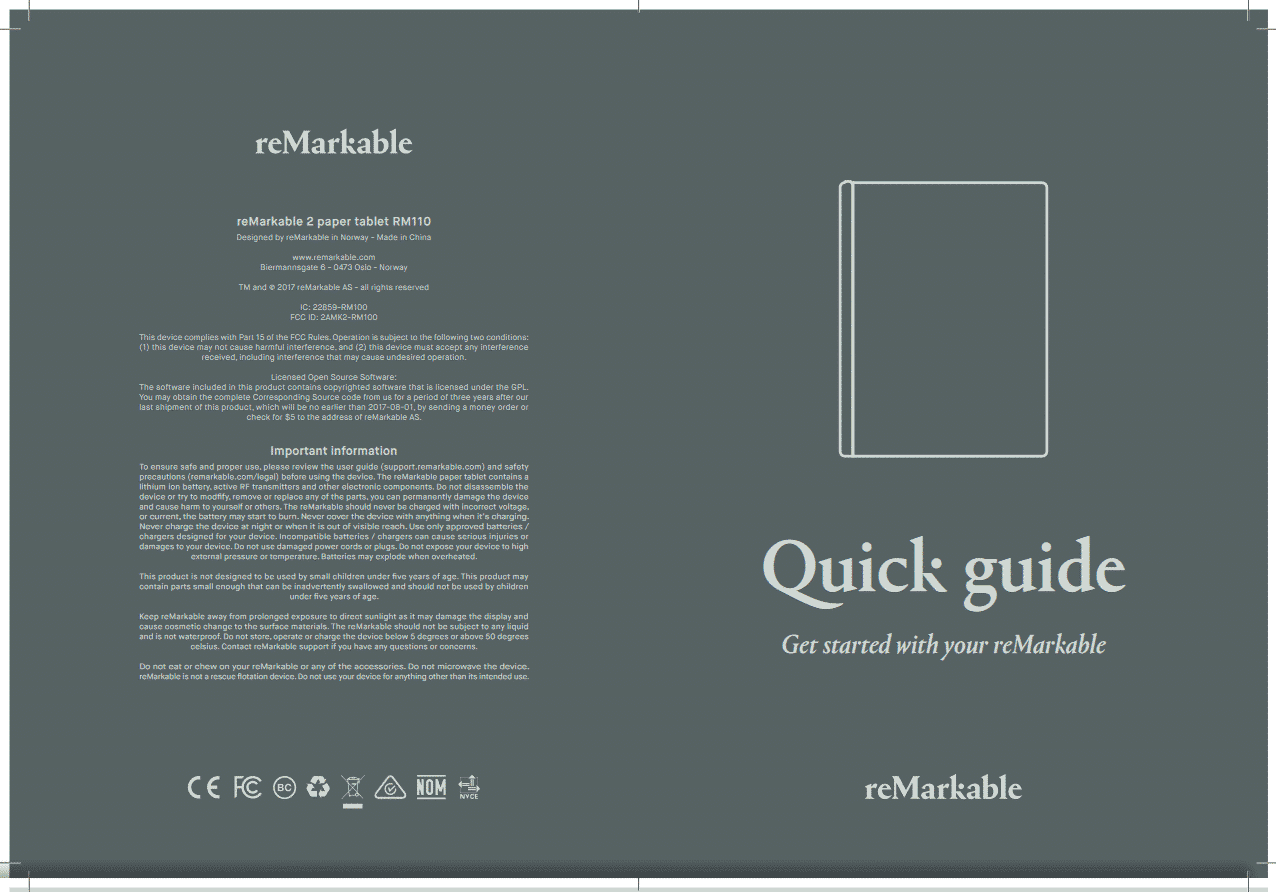 There is a basic user guide, that is only 2 pages, but clearly references the Remarkable 2 and implores users to make an account on the website. Remarkable needs to have a PC app installed, for you to connect up your new device and each account can only have one Remarkable attached to it at a time.

The first generation Remarkable came out in 2017 and instantly become one of the most popular digital note taking devices ever. It featured a 10.3-inch Canvas display that utilizes E-Ink Carta. The screen has a capacitive touchscreen and you can interact with most elements with your finger or the accompanied stylus.  The note taking experience has palm rejection technology, which means you can easily rest your palm on it. The screen is completely flush with the bezel and the resolution is 1872×1404 with 226 PPI. Underneath the hood is a 1GHZ Arm A8 CPU processor and 512MB of RAM. You have 8GB of internal storage and there is no SD card.

I believe the next generation Remarkable will have the same type of screen, but the processor  will be faster and it will likely have 1GB of RAM and 16 or 32GB of internal storage, since Remarkable does not normally do SD cards.