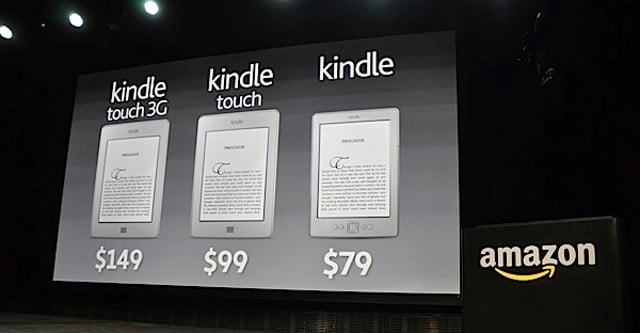 Amazon had a private media event yesterday, where they unveiled a new 4K Fire TV and a myriad of Echo based products. Many people were hoping they would unveil a new Kindle, but it is not surprising they did not. Amazon has not had a Kindle media event in a number of years, they ceased having Fire Tablet launches a few years ago. The main reason the Kindle was not unveiled is because Amazon did not want to detract from their Echo products, which is a burgeoning niche, but the mainstream media simply does not get excited about a new Kindle anymore.

Amazon ceased inviting the media to checkout their e-readers in 2012 when they had their last Kindle exclusive event. Every few years when they release a model not seen before, they invite local media like the Seattle Times and various Amazon friendly reporters to check it out. The mainstream blogs like Good e-Reader, Verge and Engadget are not invited. Amazon has such a stranglehold on the e-reader market they don’t have to organize Kindle events anymore. All they need to do is announce it on their website and issue a press release and millions of people will buy it. They don’t need to market the Kindle anymore, everyone has heard of it. Ditto with the Fire tablet, Amazon just randomly puts up a pre-order page and that’s it.

I think Amazon has better things to do than to hype up their e-readers or have dedicated events for them anymore. Alexa is everywhere these days and Amazon sees it as a huge growth opportunity, so every year they try and get everyone excited about new voice enabled product. Don’t get me wrong, Amazon will announce a new Kindle this year, but it will be without any fanfare.