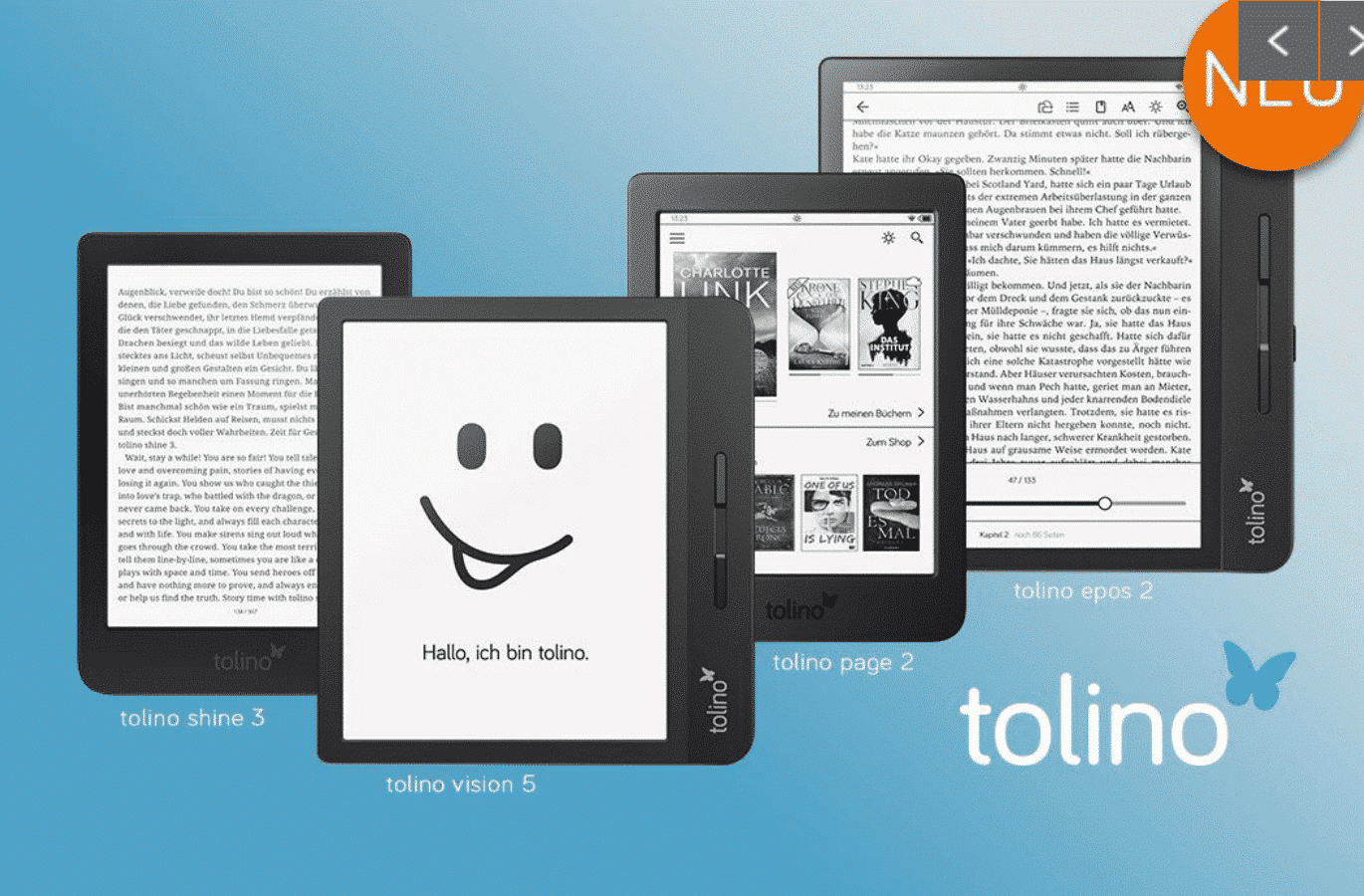 Tolino has not released any new e-readers in 2019, until now. The company has just announced the Tolino Page 2, Tolino Vision 5 and the Tolino Epos 2. These models were all made with Kobo and basically the Vision 5 is a Kobo Libra clone and the Epos 2 is a rebranded Forma, while the second generation Page is simply a rebrand of the Kobo Aura Edition 2. All  of these devices are now available to order from the main Tolino website, if you live in Germany, Belgium or surrounding markets.

Even though Kobo makes all of the Tolino e-Readers, the software is vastly different. The big one is the operating system, Kobo uses Linux, while the Tolino brand runs Android. There are a bunch of different ebook stores you can choose to do business with, such as Thalia. There is also a bunch of different library systems you can borrow ebooks from the library with. Tolino is big in Germany, but has slowly been branching out into other markets.

The Tolino Epos 2 has a giant 8 inch capacitive touchscreen display with a resolution of 1440 × 1920 and 300 PPI. It is employing E Ink Carta HD and has physical page turn buttons. Underneath the hood is a Freescale/NXP IMX6 Solo Lite 1 GHZ processor. It has 512MB of RAM and has two different storage options, 8GB and 32GB. This device retails for €349

The timing on these new products is good, considering Christmas is a few months away. Tolino is not a single brand, like Amazon or Kobo, instead it is an alliance of tech companies and booksellers that all have a vested interest in being a viable alternative to Amazon.