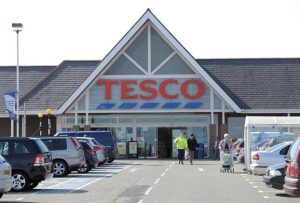 For some time, UK-based Tesco has been the commonwealth’s answer to Walmart. Although existing as a chain of round-the-clock physical stores, the big-box retailer has a very similar looking online shopping portal, allowing the retailer to become the one stop shopping site for many consumers.

Now, with Tesco’s purchase of ebook distribution platform Mobcast, the retailer might just be setting its sights on becoming the next Amazon, as well.

Mobcast, with around 130,000 digital titles in its catalog, was formed in 2007 by well-known author and former SAS officer Andy McNab (pseudonym), along with the current CEO Tony Lynch, who will reportedly be staying on with Mobcast as it becomes a Tesco offering. And while the major retailer does have locations in several other countries, the current plans for ebooks do not extend beyond the UK.

Tesco adds to its current digital offerings with the five-year-old ebook company, since it already has major stakeholdings in the Netflix-like streaming service blinkbox, as well as owns outright an internet radio service. And since Mobcast is compatible across a number of smartphone and tablet devices and Tesco already sells Amazon’s Kindle e-readers, Tesco has turned out to not only be a bundled marketplace for diapers and motor oil, but for digital entertainment as well.