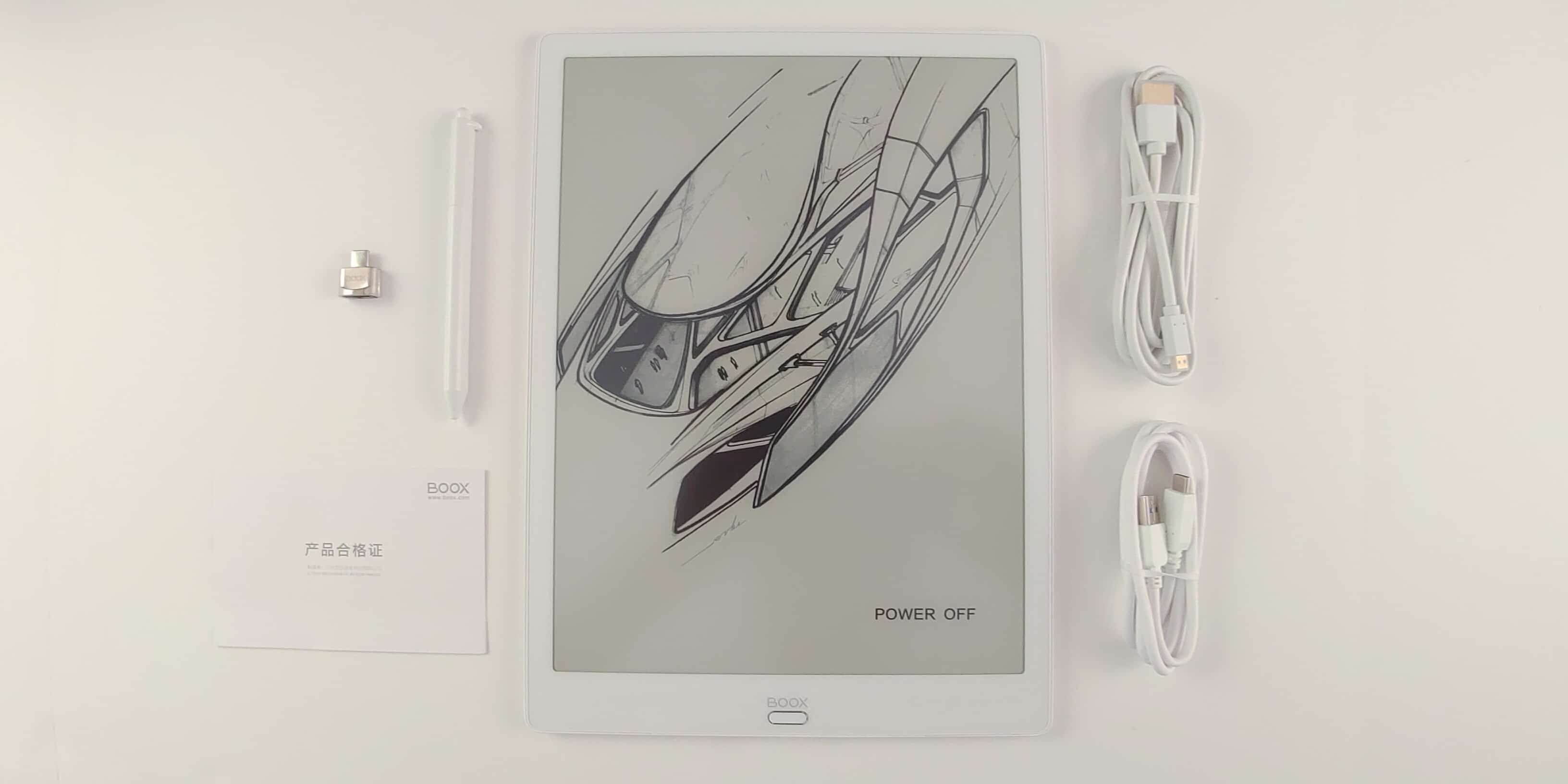 The new Onyx Boox MAX3 is available now for $859 from Good e-Reader and today we conduct a comprehensive unboxing video. The retail packaging is enclosed in plastic film, which you have to remove. The front of the box has a large picture of the e-reader and on the back it shows the specs. Once you remove the sleeve from the box, it has a plain black box with the Onyx Boox logo on it. When you open the box the first thing you see is the e-reader, that is white. The screen is covered with a plastic film that protects the device during shipping. There is a quick start guide and warranty information that is housed in a small black envelope. There is also a USB-C adapter and a micro HDMI cable, along with a SD card adapter to plug into the USB-C port.

The MAX 3 features a 13.3 inch flexible E Ink Carta display panel with a resolution of 2260 x 1650 at 207 PPI. It has a WACOM digitizer layer for stylus support, for up to 4,096 degrees of pressure sensitivity and palm rejection technology. Underneath the hood is a Qualcomm 2 GHZ octa-core processor, 4GB of RAM, 64 GB of storage, Wi-Fi (2.4GHz + 5GHz) and Bluetooth 4.1. There is an HDMI port so you can connect the MAX3 up to your laptop or PC and have it act as a secondary monitor.

The industrial design of the MAX3 is well thought out. It has a single button on the bottom of the screen that is used for the home button. It also has power button, with a built in status indicator light, which I have not seen much of on e-readers. There are stereo speakers that you can use to play audiobooks, music or podcasts.