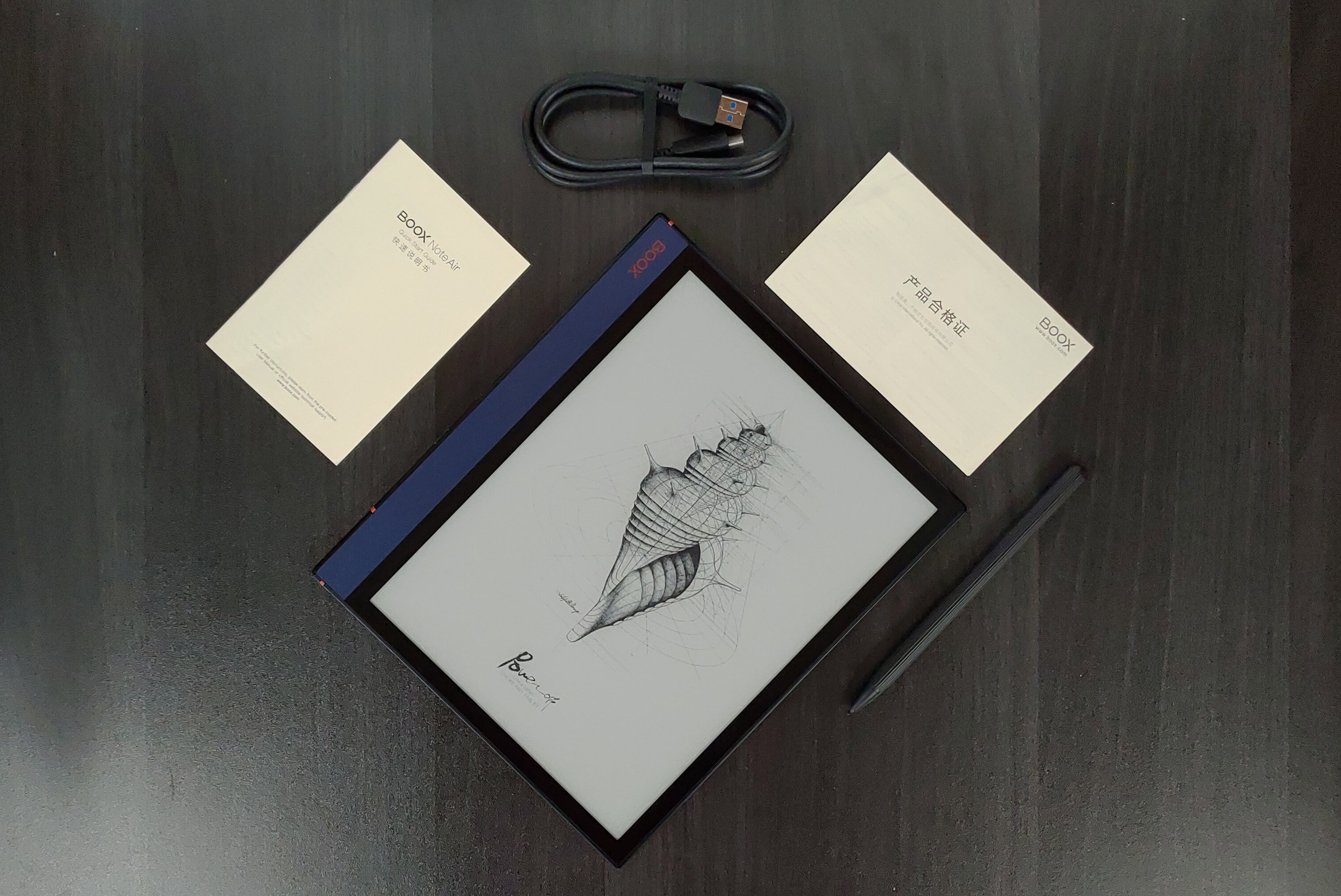 The Onyx Boox Note Air is one of the most eagerly anticipated digital note taking devices of 2020. It brings a new Snapdragon 636 processor, 3GB of RAM and 32GB of internal storage to the table. It has an acetometer, so you can switch up the orientation and it can run two Android apps at the same time.

The Note Air features a 10.3 inch E INK Carta HD Display with 1872×1404 with 227 PPI. It has a front-lit display with white LED lights and amber LED’s for the color temperature system. It has a capacitive touchscreen layer for gestures, swipes and taps and a WACOM one for integration for the brand new stylus.

Underneath the hood is Qualcomm Snapdragon 636 processor, 3GB of RAM and 32GB of internal storage. It has Bluetooth 5.0 to connect up wireless accessories, such as headphones or a speaker to listen audiobooks, music or podcasts, or you can use the built-in speaker. You can surf the internet with Wi-Fi (2.4GHz + 5GHz). It ships with Android 10 and has the Google Play Store. It also has a USB-C port with OTG.

The retail packaging of the Note Air is all black, with an outline of the asymmetrical design, in piano black. On the back is name and model number, as well as tech specs in 12 different languages. Onyx Boox is very internationally friendly and since it is running Android, the language settings can be configured during setup, so it can be suitable for customers all over the world.

Opening the box for the first time, the first think that greets you is the Note Air, which is encased in a static proof bag with a few stickers on it, to hold it closed. A free screen protector comes with the unit. When you remove the Air from the box, there are two smaller boxes underneath it. These have the USB-C cable, stylus, warranty information and quick start guide.

The stylus has been redesigned and has a magnet inside of it, so it will snap to the edge of the Air. The pen is basic and does not have an eraser. Onyx says that the nibs are replaceable, but they won’t be available until the end of October. The back of the Note Air is made of a blue brushed aluminum and has an orange racing stripe on the side, the Onyx logo is the same color. On the side is your speaker, power button and USB-C port. All of the other sides are clean and have no ports or anything else.

The screen is flush with the bezel and is made of glass. The main bezel is black, and the other bezel on the side of the screen is blue, with an orange Onyx logo. This is a very interesting industrial design, something that Onyx has never really done before.

The Onyx Boox Note Air is available on October 28th for $479 from the Good e-Reader Store.