You are here: Home / Digital Publishing News / Understanding the Restrictions on Ebook Lending 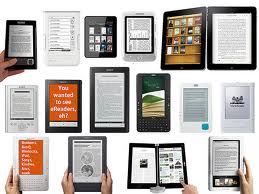 In February 2011, HarperCollins Publishers made a startling announcement that rocked the library world: it would impose a restriction on ebook titles limiting them to twenty-six individual check-outs, after which time the license would expire and the library would have to repurchase the title. Libraries were saddened and angered , to say the least, and the online outcry bordered on vicious with some followers of the debate calling for an outright boycott of HarperCollins’ material, print and digital.

It is necessary to understand that libraries purchase print books for lending purposes, but they license ebooks. Therefore, any ebook embedded in DRM can be restricted, which is only ironic since it is the use of DRM that allows libraries to loan out ebooks in the first place, ensuring that only their members can borrow any given title and that the borrowers cannot copy or redistribute the ebook.

However, HarperCollins’ decision seemed to be fairly arbitrary, at least in the eyes of many opponents of the move, despite the publisher’s explanations to the fact that this decision was a balance of weighing the interests of the libraries and of the authors the publisher represents. The number of check-outs before all-out digital disintegration seemed to have been based on how many times a print edition can be checked out before it starts to show severe wear and tear, forcing the issuing library to purchase another print copy.

But at the American Library Association annual conference (ALA 2011) this week, HarperCollins was a willing participant in open discussions with the ALA task force business meeting and will even be contributing a publisher’s perspective on the ALA task force’s FAQ site on ebook lending and licensing. ALA Chairwoman Bonnie Tijerina expressed her gratitude to the stalwart publisher for being a part of the discussions surrounding ebook lending and libraries, a move that many felt began to erase some of the feelings of punitive decision-making that the original announcement created, a thawing of the cold shoulder some libraries felt towards the publisher following the curtailing of ebook lending. Truthfully, ALA seemed to be the bigger person, acknowledging that all publishers have to make decisions that allow them to continue to provide great content to the reading public through libraries.