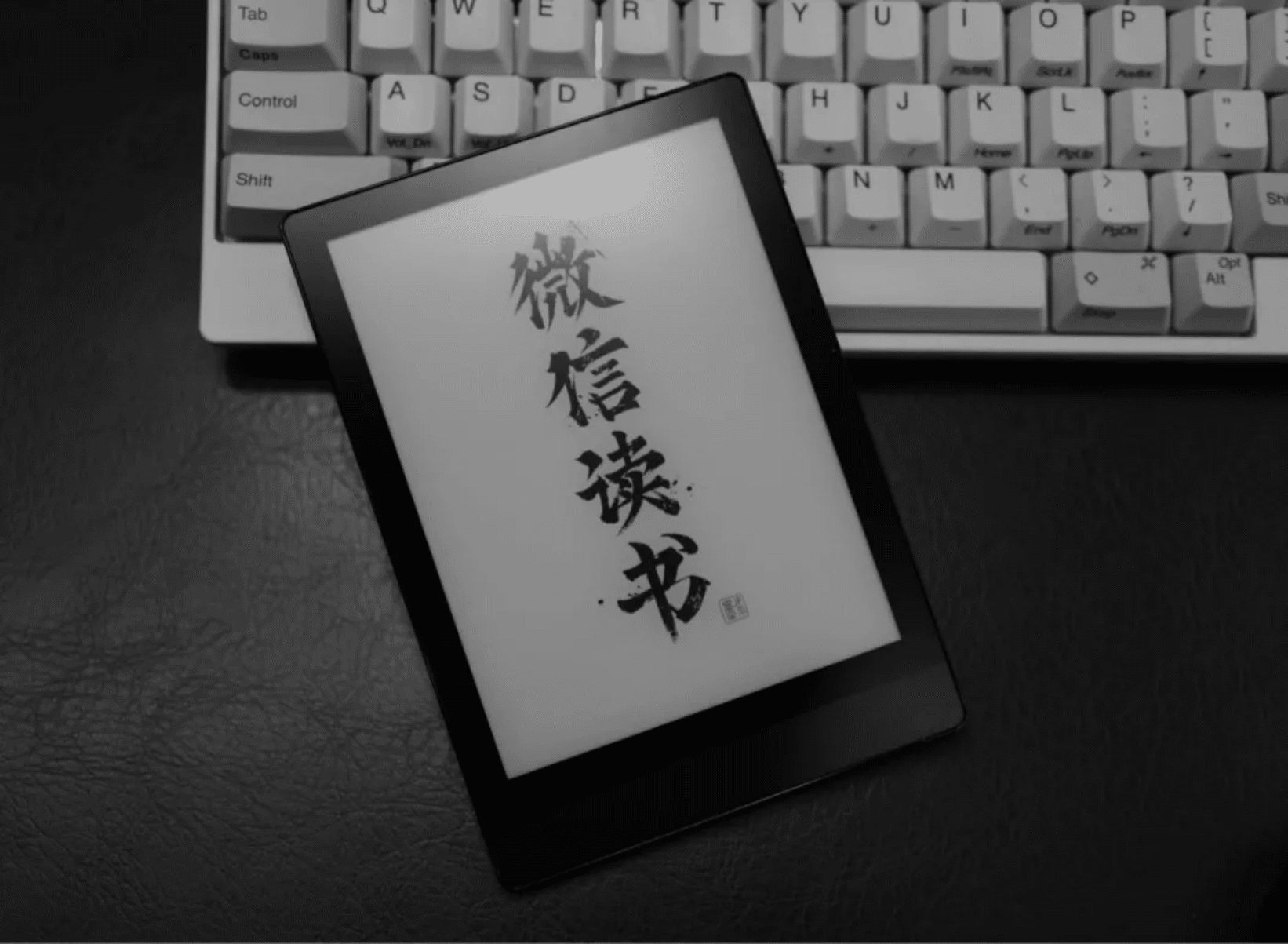 Wechat is one of the most popular social messaging apps and the company has an e-reading app called WeChat Read, which runs as a mini program or standalone app. The application, launched in 2015, has reached 210 million registered users and 5 million daily active readers by the end of October 2019. It offers free and paid books, audible content, and membership programs. Wechat is leveraging their ebook solutions and has launched an e-reader that is available to pre-order through the app, it doesn’t appear they have any other distribution partners to buy it from.

The Wechat Reader features a 6 inch E INK Carta HD display with a resolution of 1072 x 1448 with 300 PPI. It has a glass based screen that is flush with the bezel. There are white and amber LED lights to provide a front-light and color temperature system to read in the dark. Underneath the hood is a Qualcomm Snapdragon 636 processor, 2GB of DDR4X RAM and 32GB of internal storage. It has a a USB-C OTG port to power and transfer documents. It also has Bluetooth 5.0 to connect up wireless headphones or an external speaker. It has a microphone and powered by a respectable 1,500 mAH battery. It is running Android 10, but I don’t know if it is possible to sideload in your own apps, because this e-reader is very locked down.

The only ecosystem to buy ebooks is through the Wechat Read system, which is built right into the device. You can’t sideload in your own ebooks or documents, but if you have the Wechat Android app installed on your phone, all of your free and paid purchases will be automatically synced to the e-reader. The WeChat Read algorithm also recommends books that the reader’s WeChat contacts have chosen and curates articles from official WeChat accounts.