You are here: Home / e-Reader News / Why have e-reader companies abandoned SD Cards? 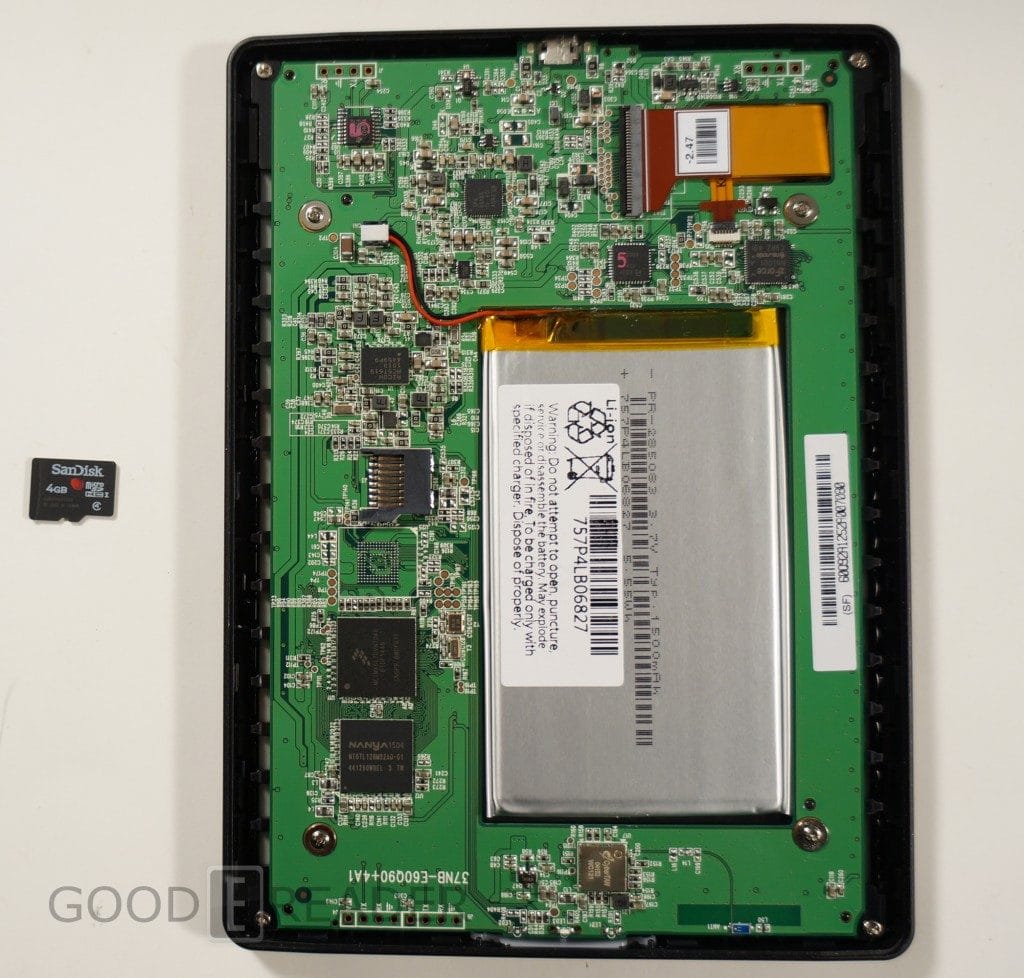 Over the course of the past few years e-reader companies have abandoned SD Cards and instead are relying on the cloud to deliver content to users devices. Amazon, Kobo, Barnes and Noble and a myriad of other companies have their own reasons why they no longer include expandable memory.

One of the big problems with B&N Nook e-readers is that users have a certain amount of storage partitioned for Nook Books and sideloaded content. The average Nook has 4GB of internal storage and only 500MB is allocated for your EPUB, PDF files and library books borrowed from Overdrive.

The vast majority of Kobo e-readers had an SD Card, but they ceased to include it in all of their modern models such as the Kobo Glo HD, Kobo Touch 2.0, Kobo Aura One and even the Kobo Mini. The main reason why Kobo abandoned SD support is because they are actually using a SD card that is grafted on the motherboard to power the devices internal storage. The SD handles the Linux operating system, content users purchase from the Kobo digital bookstore, Overdrive e-books, firmware updates and sideloaded fonts & ebooks.

Amazon only had one single model that ever had an SD card, the first generation Kindle. Every single e-reader released since 2007 only had internal storage. Amazon did this because they knew they could dominate the e-book landscape by offering them cheaper than anyone else. They were even willing to take a loss selling them because they knew they would secure customer loyalty. Amazon is currently the most dominant player in the field with a 75% market share in the United States and a staggering 95% in the United Kingdom.

I think there are a few reasons why the SD card has gone the way of the Dodo bird. Adding an SD card increases the overall cost of the e-reader. Companies are falling over themselves trying to compete against each other in price and you can now purchase a fairly good unit for under $79.99.

The other big reason is that hardware sales are a gateway to digital sales. Companies are able to offer their devices for such a low price because they know they can make money off of the average customer over the long term. You can buy a Kobo Touch 2.0 on sale for around $50 sometimes and the Kindle Basic is on sale every few months. These companies know that when you buy an e-reader you will be buying books, graphic novels, manga, newspapers and a ton of other content from them. The last thing they want is to sell hardware on the cheap and not generate any revenue because someone might just slot in their own SD card with a thousand books.

E-Readers these days are getting thinner and including a number of enhancements such as a front-lit display, higher resolution screens and some are even waterproof. These are the key features that drive sales. Does anyone care about SD cards anymore? Ask anyone who has a large collection of PDF files and you will quickly realize that you cannot store very many of them on a Kindle or Kobo.