You are here: Home / e-Reader News / Will Barnes and Noble Release a New E-Reader in 2017? 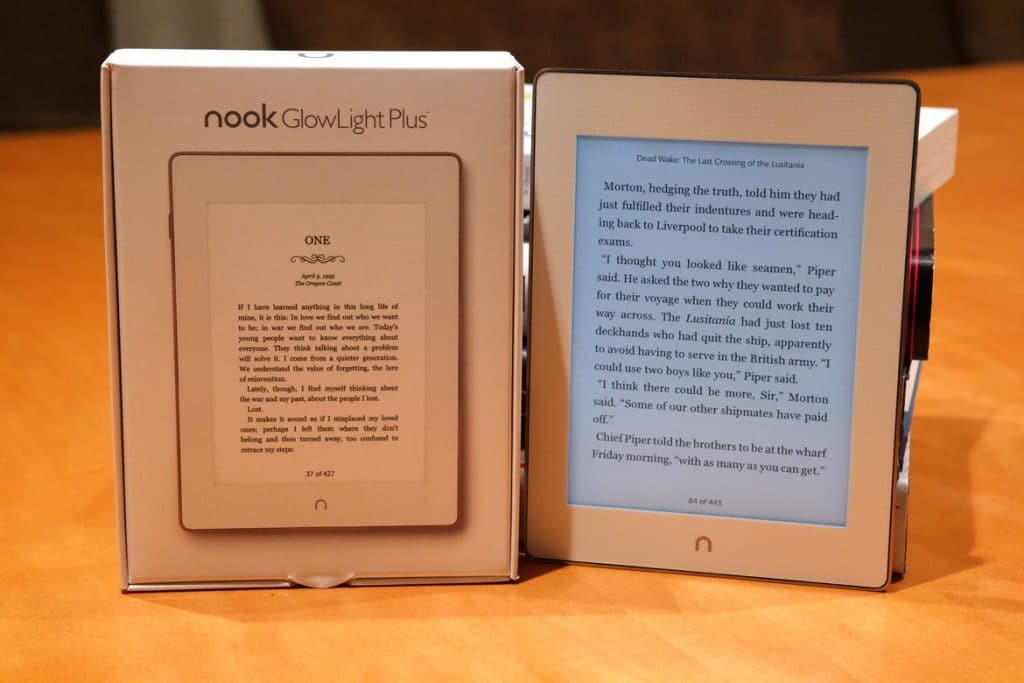 Barnes and Noble tends to release a new e-reader once every two years and the last device they released was in 2015 and it continues to be marketed today. The B&N Nook Glowlight Plus is a solid digital reader because it is waterproof, has a solid front-lit display and has a few software driven features not found on any other product on the market. I think the bookseller should release a new e-reader this year and there are a few features that would make it a compelling buy.

Nook Audiobooks is an initiative that launched in 2014 and the company sources their vast collection of bestsellers and indie titles from Findaway. Findaway is the primary distributor of audio titles and they power the collection of Baker & Taylor, Scribd, TuneIn Radio and hundreds of others. I always found it interesting that B&N invested a ton of money to get their audio platform off the ground, but never bundled the app on any of their Samsung tablets or even the new $50 Nook Tablet 7. They just assume that their customers know about it and would download it from Google Play. I think the new Nook E-Reader should have a 3.5mm headphone jack and since all Nook devices run Android, to have an e-ink friendly version of the Nook Audiobooks app bundled on the e-reader. Audiobooks have quickly become the fastest growing segment in publishing and are currently generating a billion dollars in the US alone, this is a market that B&N simply cannot ignore if they want to stem the tide of Nook losses.

I also think that B&N should go for a bigger screen than six inches. The company has always released six inch e-readers and over time people have either abandoned the brand or use older Nook readers. There has been a ravenous demand for the new Kobo Aura One and a bunch of 13.3 inch e-readers. People are so enamoured with a larger screen, they continue to use the Kindle DX, which is ancient by today’s standards. I think B&N would sell more units if they embraced a seven or eight inch e Ink screen, it would give people a reason to upgrade from older units and give people with vision problems a proper device to buy and read Nook e-books.

I think it goes without saying that B&N will release a new e-reader in 2017. This is their normal release schedule. The question is, what new hardware features would you like it to have and what could they do to make a new device standout in a crowded US market?