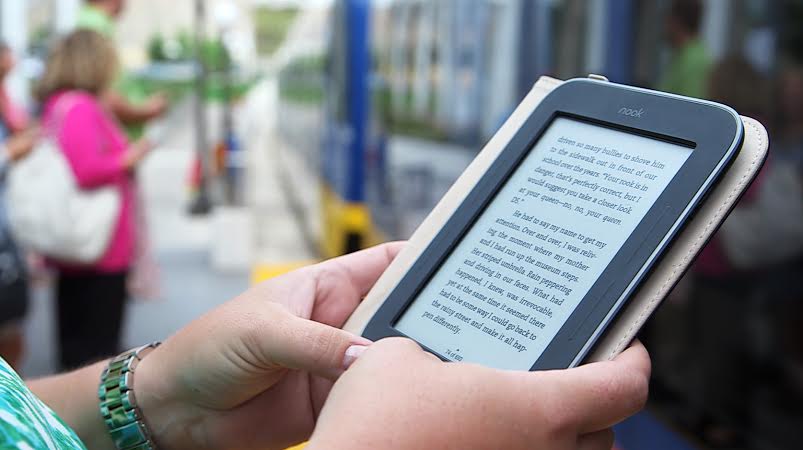 Amazon, Barnes and Noble and Kobo all run their own version of Linux and they lock you into their ecosystems. They sell you the e-reader hardware and try and generate long term revenue by pushing audiobooks and ebooks. Will e-reader software ever change or embrace an open source software model?

The Hope XII conference is where some of the world’s leading hackers and and software developers convince to talk about the future of software. Marc Juul was interested in the possibility of bringing Free and open source software (FOSS) operating system to e-reader devices. During his talk “Liberate Your E-book Reader with fread.ink!”, he gave examples such as Amazon’s infamous remote deletion of 1984 off of users’ Kindles as a perfect example of the sort of control these companies exert on our personal devices. Marc believes the goal should be to completely replace the operating system on these devices with a free software alternative that still retains the ability to open electronic book formats. Not only would this keep the likes of Amazon or Barnes and Noble out of our reading habits, but turn these cheap readers into more capable devices in the bargain.

With the ability to run binaries on the Kindle and the bootloader being released by Amazon under the GPL, Marc had everything he needed to start porting Debian over to the system. He noticed that the epaper displays don’t work the same as normal computer monitors, and getting graphics working took a considerable amount of work and code. The kernel needs to have display-specific information known as a “waveform” which describes the display and how it performs. Unfortunately these waveforms are not well documented and Marc had to write his own software to manipulate the data. He then had to come up with patches for the window manager that would prevent the entire display from being constantly updated; the opposite of what you want on an electronic paper display.

As of right now, Marc has the 5th generation Kindle largely working. Graphics, hardware buttons, and USB networking are working. WiFi needs some more work, and progress is being made on a new ebook reader program so the Kindle can still fulfill its original purpose while running this new GNU/Linux operating system. He hopes to have a stable version of the OS available before the end of the year, as well as an easy to use installer that won’t require any modification to the hardware.

KOReader and OKREADER was developed for the Kobo a number of years ago and it replaces the default ebook reading engine. CM11 was ported for the Nook Simple Touch in 2015 which expands on the capabilities of the Android OS, such as installing your own apps.

The Sony Digital Paper is considered a prosumer device, it takes notes and replaces paper in your office. The first model was hacked and it only ran Android 2.2, so functionality and app supported were limited. Another Hacker has opened up Android 5.1 on the DPT-RP1, but instead of offering the OS for free, they just sell you the hardware with the software preinstalled. A savvy way to generate revenue.

The problem with fan projects

The vast majority of alternative operating systems for e-readers that expand on the overall functionality or replaces the default ebook reading app are only offered on a few specific  models. Most of this software was made from 2012 to 2014, when e-reader popularity was at an all time high.  This means that only older e-readers were supported and most of the projects were abandoned.  Hardly any modern projects started in the past few years that target newer e-readers.

KOREADER and a few other Kindle rooting projects continue, but the developers struggle with generating any kind of revenue and work day jobs. These are hobby projects and they cannot possibility find the time to add new features into their software packages whenever Amazon or Kobo issue a new firmware update.  So if you decide to root and gain some functionality, you will never have all of the latest features.

Will companies like Amazon, B&N or Kobo ever offer a truly open source operating system on their e-readers? Will someone develop a open source Linux alternative that works on any e-reader with REGAL Waveform and an E-Ink Carta HD display with a Freescale IMX6 single core processor? Almost every e-reader on the market are running on these three things.  A free Linux open source package would help other companies like Pocketbook who haven’t updated their OS and UI in five years. The problem is, there is no money in open source software development, even if it helps new startups.

I don’t think there is any incentive for Amazon or Kobo to do anything different with their operating system. It makes better business sense to continue to develop uncrackable DRM based ebook formats and slowly improve on the UI and once in awhile introduce new features.

Sadly, I think a free and open source operating system for e-readers will never happen. The tech is too fringe for serious developers to allocate time and resources to do anything for free.  Some people like Marc will try and make something happen, but it is very likely he will lose focus and move onto other things.