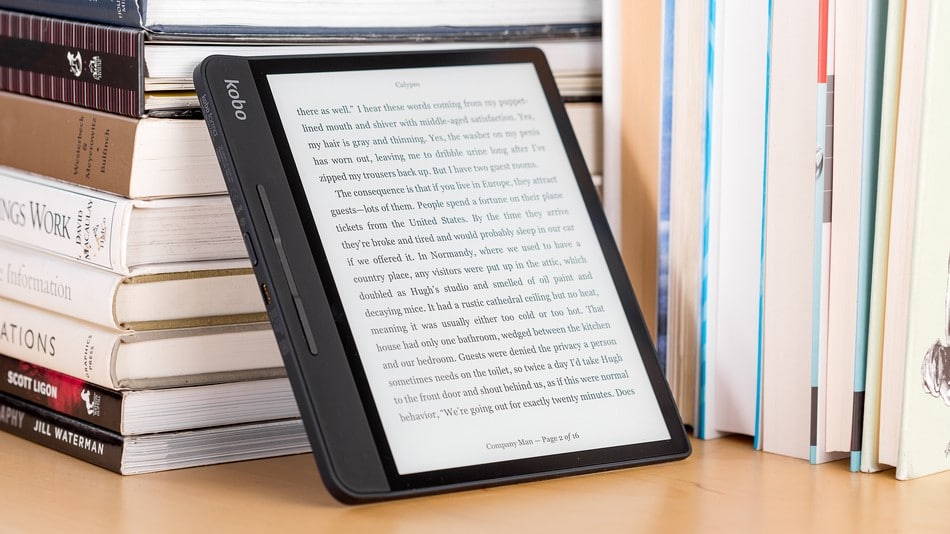 The Kobo Forma is the latest flagship e-reader and it became available last week. This new e-reader has a bold new design and can be considered the spiritual successor of the Kobo Aura One. The software and hardware brings a lot to the table and there is tons of interest from serious readers all over the world on this device. Will you buy it?

Kobo Forma employs a front-lit display and also a Comfortlight color temperature system, so you will be able to read at night. The device has both white and red LEDS on the bottom of the screen and project light upwards. There are 17 lights total for even light distribution across the screen. You can make the screen, cold, warm or white, which emulates a real book. The Forma is also waterproof with a certified IPX8 rating, so you will be able to use it at the beach in the bathtub and it can be completely submerged for up to 60 minutes.

One of the biggest aspects of the Forma that many people are not aware of, is that it has an gyroscope that automatically switches the orientation of the screen 360 degrees. This is great for people who are right or left-handed. It is also ideal for digital manga, which purists want the controls on the left side of the screen.  You can read ebooks and PDF files in landscape or portrait mode and there is an option to lock the orientation, so the gyroscope is not always active.