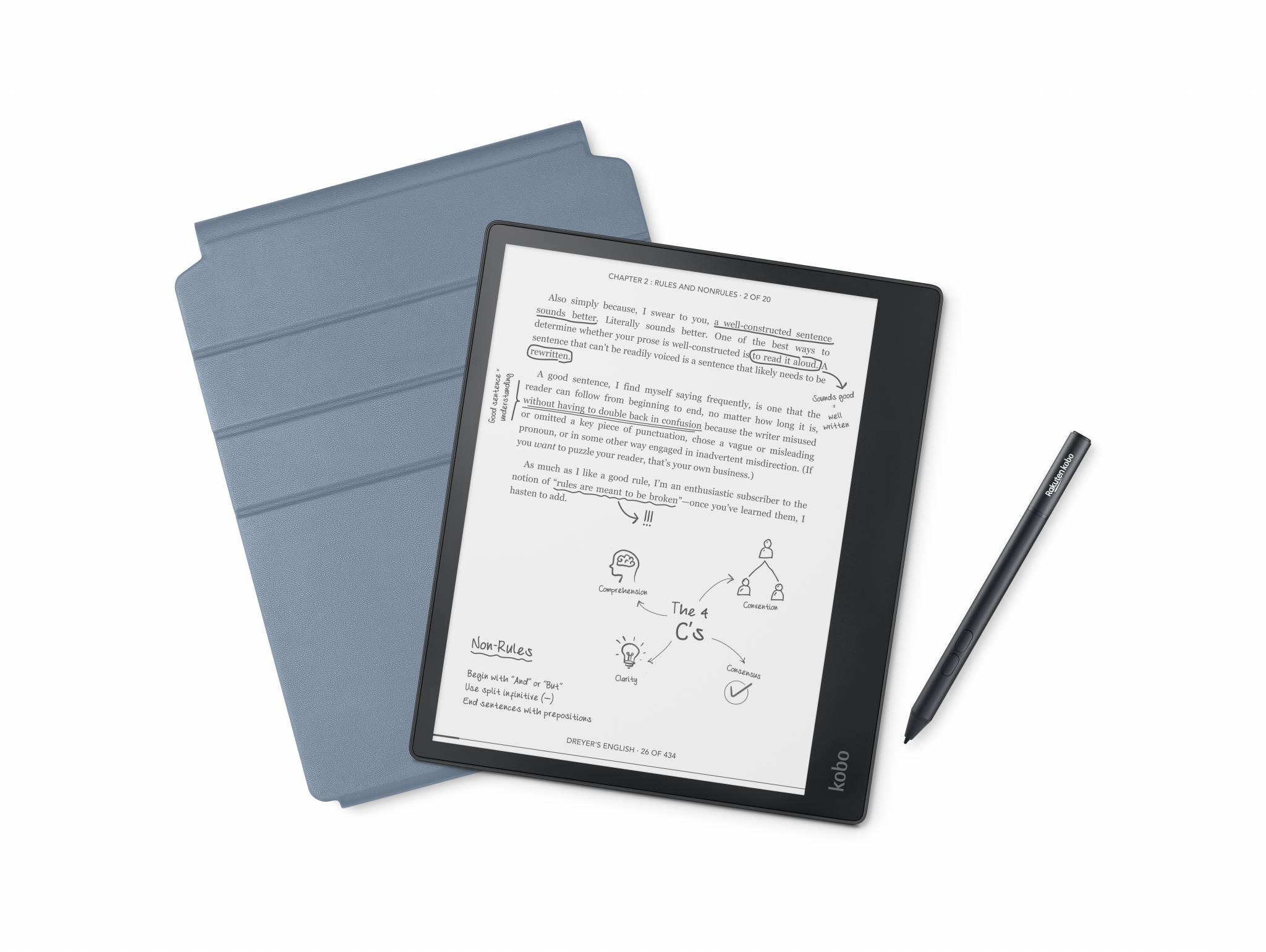 Kobo has always focused on commercial e-readers that have an E INK display and are easy on the eyes. One of the keys to their success have been entering foreign markets and are now considered the global number two player, behind Amazon. In order to drive sales, Kobo has always had an entry level model, which is cheap and cheerful, a midrange one for people who want a high resolution display and a flagship e-reader with all of the bells and whistles. For the first time ever, The company is releasing a new product that is targeting students and professionals, the Elipsa.

The Kobo Elipsa is a digital note taking device and ebook reader. It comes with a stylus, which can be used to freehand draw, take notes, converting handwriting to text and also complex math equations. There is functionality to edit PDF files, write in the margins and sign contracts and documents. Digital books can also be edited, bodies of text can be underlined and notes can be written for specific words and also highlights. All of the edited files can be saved and exported to your PC, email, or cloud storage providers, such as Dropbox.

Of course, once your work is done, you can shop for ebooks, graphic novels or comic books on the Kobo Store. If you want to save a few dollars, you can use Overdrive to borrow content from your local library. Online articles and blog posts can be saved to the Elipsa with the Pocket web browser extension.

Kobo is entering the digital note taking arena somewhat late. Various competitors have been releasing products since 2016, and over the years refined the screen tech, writing experience and introduced new features. Kobo is going to primarily do battle with the Remarkable, who is a relatively new brand, but has an excellent marketing campaign and many people own one. There is also a slew of Chinese brands that have solid international distribution and have all released products that support a multitude of language options, including English. The most notable that are currently being sold are Boyue Likebook, Onyx Boox, and Supernote.

The Elipsa is an expensive value proposition, it is going on sale on June 28th for $499 CAD, $399 USD, and will be available in the UK, Europe and Australia later this year. The one thing that Kobo has going for them is a strong brand and they always release firmware updates.

So the question is, will you buy the Elipsa or place a pre-order for one?