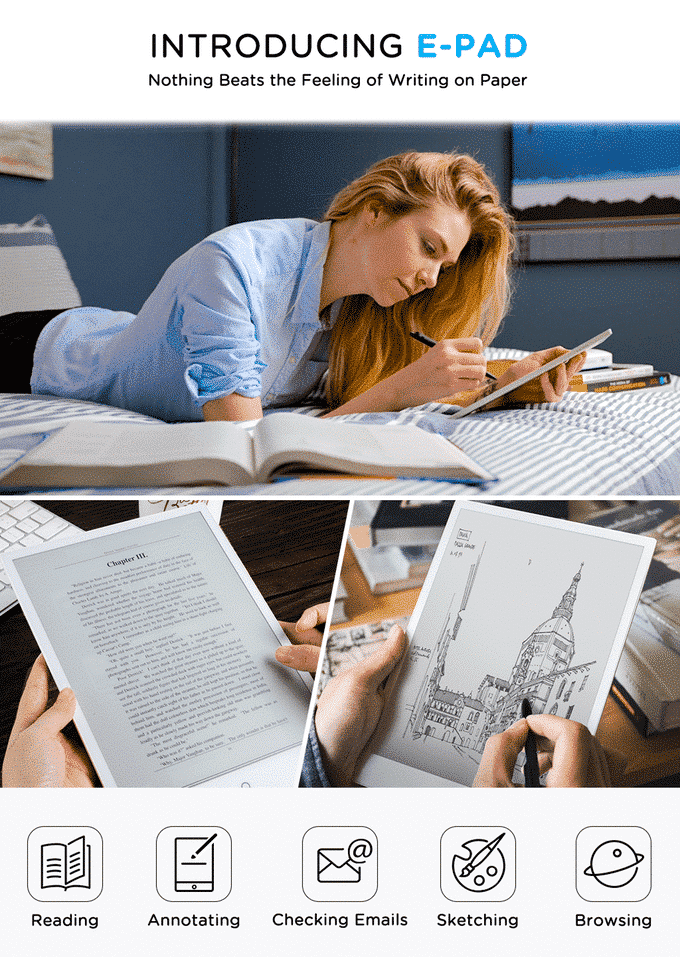 Wisky has just launched a crowdfunding  campaign for their E-Pad writing slate.  It has just hit Kickstarter for $449 for the early bird perk and then the price will increase to $699 when the device ships later this year, but there is no definite date yet.

The Wisky E-Pad features a 10.3 inch E Ink Mobius display with a resolution of 1872 x 1404 with 227 PPI. It has both a touchscreen layer for interactions and a WACOM one for taking notes and editing PDF files with the accompanied stylus.

Underneath the hood is a deca-core Helio X20, which should dramatically increase performance with the Android based operating system. There is 2GB of RAM and has 32GB of internal storage and is powered by a massive 4,100 mAh battery. It has USB-C, stereo speakers, Bluetooth, a microphone and a SIM card, so you can you access all of your favorite apps, while on the go.

This product has Google Android, but Wisky has not mentioned what version it is running. Google Play will be pre-loaded and it will also have Google Play Services, so all of the key Google apps will be compatible.

Wisky has generated $198,000 in just a few days of their Kickstarter campaign, suffice to say this device is resonating with people.