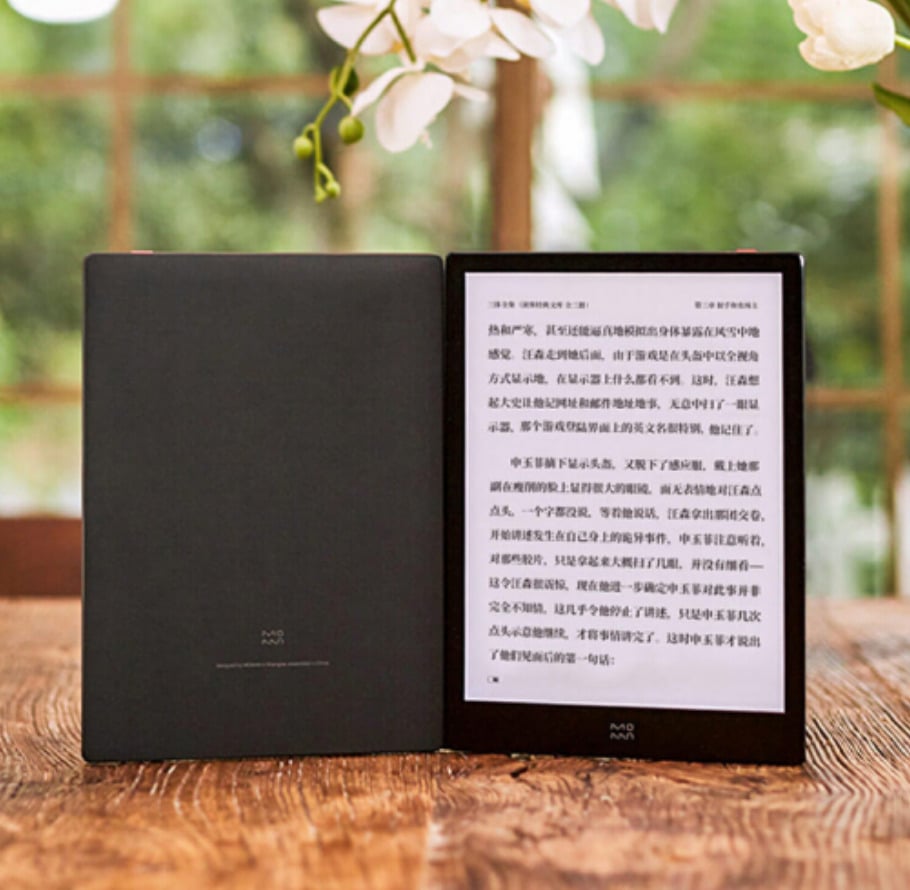 Xiaomi has just launched the Moann inkPad X e-reader, and this is not to be confused with the same product issued by Pocketbook. This device has Google Android 8 and has the ability to switch to English and sideload in your own apps.

The InkPad X features a 10.3 inch E INK Carta HD display with a resolution of 1600 x 1200 with 250 PPI. It has a front-lit display and color temperature system. Underneath the hood is an ARM quad-core Cortex-A7 chip clocked at 1.8GHz paired with 2GB of RAM and 32GB of storage. It has a USB-C, dual-band (2.4GHz/5GHz) WiFi, and Bluetooth 5.0. It also features a speaker and a microphone. It is powered by a respectable 3,800 battery.

This device is primarily being marketed to a Chinese audience, but since it is a dedicated ebook reader, with no note taking functionality with a large screen and running Android, this is a solid device. We intend on reviewing it as soon as we can and it is available as a pre-order on the Good e-Reader Store for $399.99