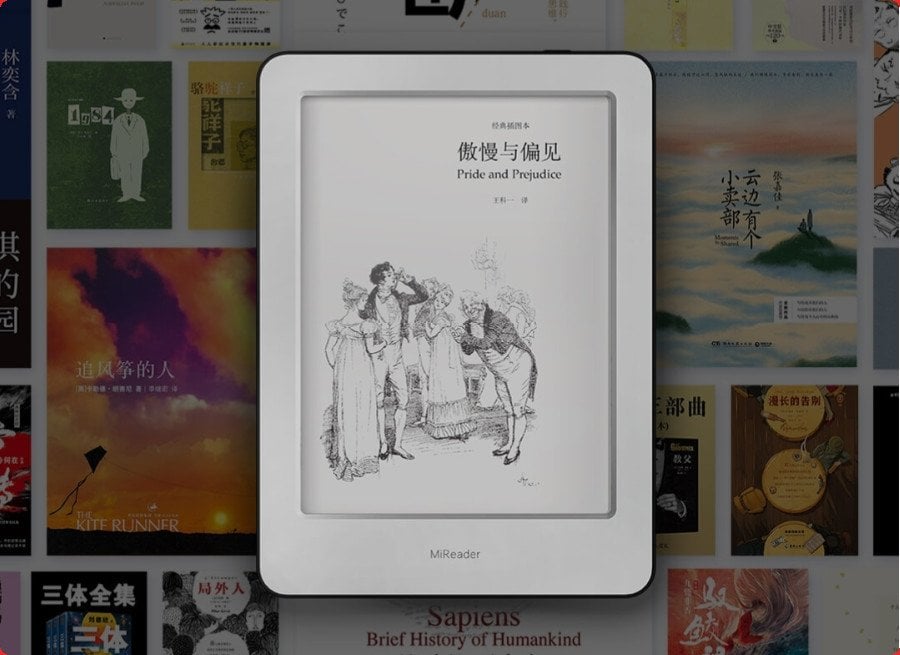 The Xiaomi MiReader came out last year and it has only been available in China, but the stores that sell them, are few and far between. The company might be gearing up for an international launch, because they have just obtained certification in the Bluetooth SIG database. It has also been renamed for a possible launch, now called MI Ebook Reader.

The current generation MiReader features a 6 inch E INK capacitive touchscreen display with a resolution of 1024 x 768 pixels at 212 PPI. It has a front-lit display and color temperature system. Underneath the hood is a Allwinner B300 1.8 GHZ quad core processor, 1 GB of RAM and 16GB of internal storage. Powering and transferring data is done via USB-C. It has Bluetooth 5.1, WIFI and is powered by an 1,800 mAh battery. It reads TXT, EPUB, PDF, DOC and XLS files. The OS is Android 8.1 and has a custom launcher. The dimensions are 159.2 x 116 x 8.3mm and tips the scales at 178 grams.

Lately, Xiaomi has been launching various products outside China, beyond their smartphones. A few weeks ago, they released the Mi Portable Electric Air Compressor in India. The Xiaomi Mi Notebook PCs have also made their way out of China, into international markets. Launching a dedicated e-reader, might be the best play to build their brand.