You are here: Home / Indie Author News / #CockyGate Finally Dies the Death It Deserved from Day One 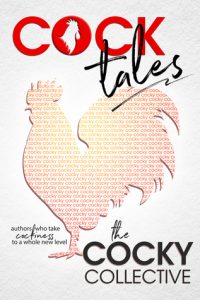 Don’t you love when romance has a happy ending? Or at least a sigh-of-relief ending while still shoving the villain out the proverbial window? Romance stakeholders from readers to publishers have been on the edge of their seats over one hapless author’s attempt to make a name for herself by trademarking a common romance term. After months of coverage, courtroom drama (in which a judge had to inspect and comment officially on multiple shirtless torso book covers), and internet speculation, #cockygate has died.

Ding dong, the witch is dead.

The witch being the case, of course, not the author/perpetrator Faleena Hopkins who has maintained throughout the ordeal that she did this innocently to protect her brand after “countless” readers accidentally bought and probably enjoyed someone else’s book besides hers. Even in her recorded official statement in which she oh-so-dramatically throws in the towel, the victim mentality oozes in abundance.

While the reports state that Hopkins has withdrawn her trademark filing for two of the three terms associated with “cocky” (she kept the “Cocker Brothers” trademark, which is rightfully her book series name) and reached a settlement with the defendants, there is little word about the terms of the settlement. Hopefully, when you haul someone into court in this manner and force them to retain legal counsel to defend them, there is some compensation to help them with the costs. Fortunately, the defendants and other authors crafted an anthology of romance tales based on a “cocky” theme to fundraise for the legal defense; the title, “Cocktales,” became an Amazon bestseller and is still available should anyone wish to contribute to the expenses.