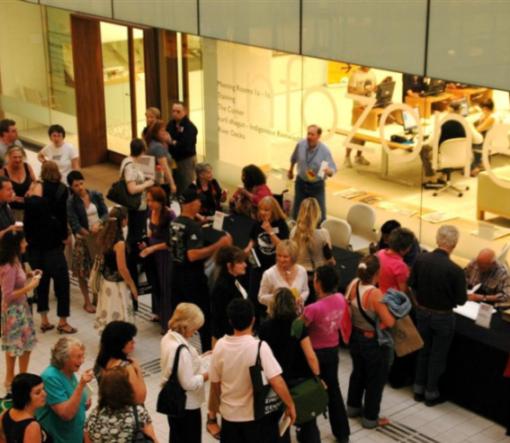 In the nearly ten years or so since the recent self-publishing revolution began, the most trying aspect is still discoverability. Whether or not we agree that the online retail shelves are filled with dreck isn’t even the issue; the fact that those virtual shelves are filled to overflowing–even with great content and talented authors–is the problem.

Two mainstays of the publishing and bookselling industries have now come together to help remedy that situation, although for a handful of indie authors. The American Booksellers Association and the Authors Guild are working together to bring relatively unknown authors into the forefront by pairing them with more recognizable names for live author events.

Previously, the ABA launched its Indies Introduce program to help give indie authors a leg up into the spotlight. As a driving force behind the support for independent bookstores, the ABA and indie authors seem made for each other.

“ABA is pleased to be partnering with the Authors Guild to bring greater attention to debut writers,” ABA Senior Program Officer Joy Dallanegra-Sanger said in a press release. “Through the Indies Introduce program, now in its fifth year, independent booksellers have identified many unique, new talents. We look forward to watching the program grow in scope and awareness through the events planned with help from the Authors Guild.”

For now, the events are limited in scope and location, but this is the ideal type of partnership to produce similar collaboration among established and new authors all around the country. For what it’s worth, given the number of high-profile authors on social media, it’s the type of event that authors could produce for themselves, at least in virtual meet ups and online events.