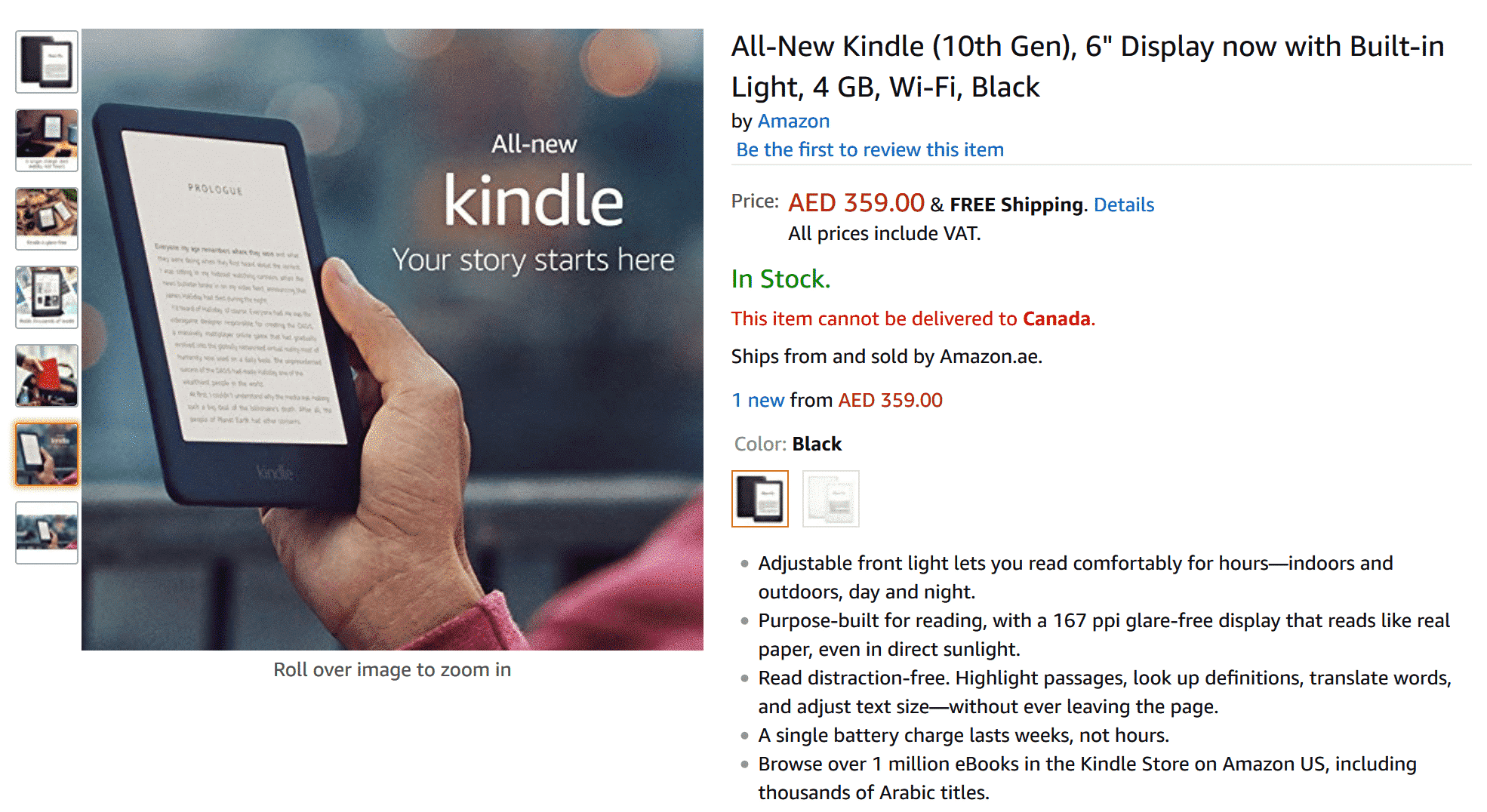 Amazon has just launched a marketplace in the United Arab Emirates They rebranded their Dubai-based e-commerce company Souq.com that they acquired for $580 million. The Souq website will still be available in Saudi Arabia and Egypt, but for everyone else they are now being redirected to the landing page for Amazon.ae.

In 2018 Amazon unveiled official support for the Arab language on the Kindle e-reader and a new bookstore was unveiled with over 12,000 titles.  A few months after that Souq started to directly sell the Kindle e-reader in all of their supported regions. Now that Amazon has made a new UAE domain, they are now selling the Kindle themselves.

Amazon is selling the Paperwhite 4 for AED 449.00 and the 10th generation entry level Kindle for AED 359.00 . The second generation Kindle Oasis retails for a whopping AED 1,099.00. All of the prices include VAT.

It doesn’t look like Amazon is selling ebooks yet on their new UAE website, only print. Presumably the only way you can buy digital content is if you get a Kindle first.

Payments can be made in AED using local and international credit cards. Shoppers can also purchase a Kindle and pay cash on delivery, which is something entirely unique to the region.