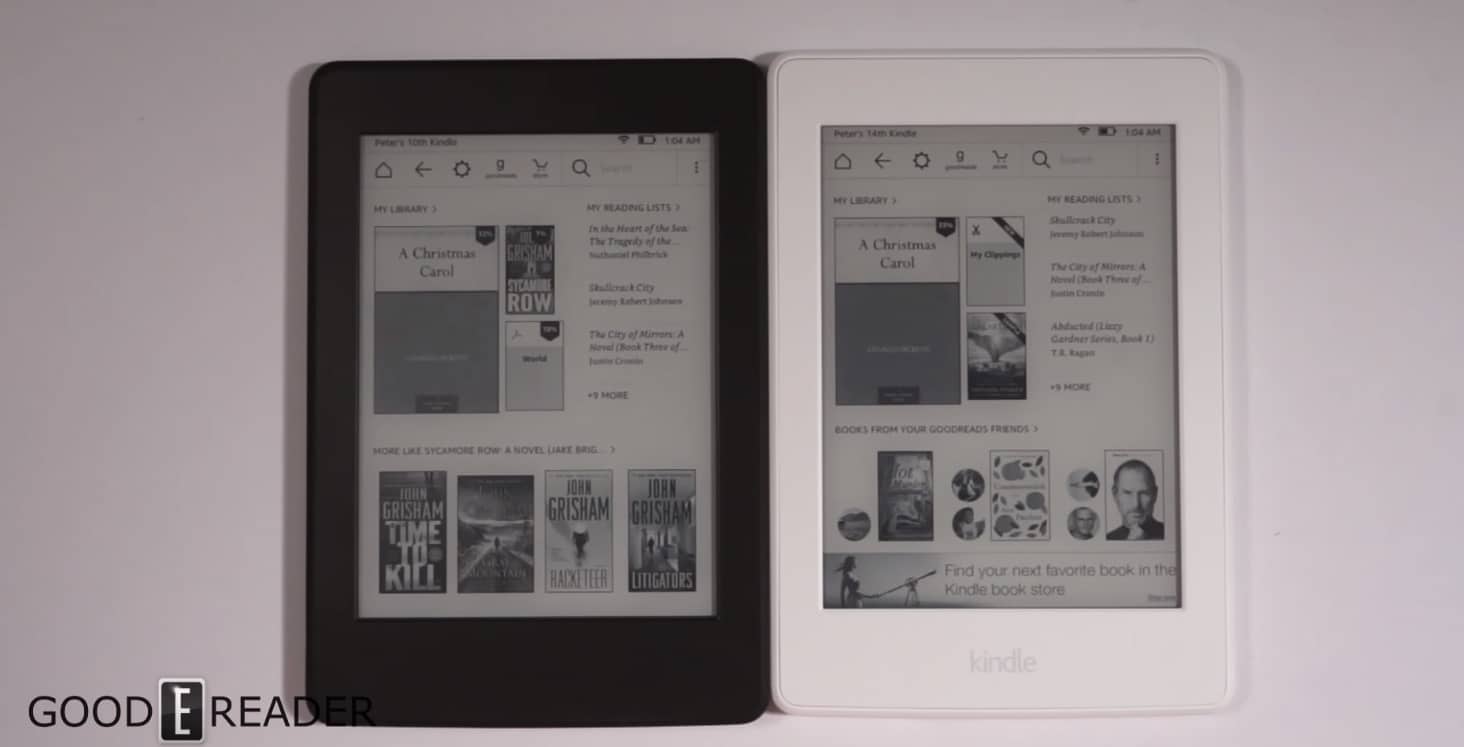 The vast majority of Amazon Kindles have always had a black body. Quite recently Amazon has given the option to buy the entry level Kindle and the Paperwhite in both black and white. Meanwhile the Oasis can be purchased in black, but also merlot and walnut. What color do you prefer your Kindle?

The very first Amazon Kindle e-reader that was released in 2007 had a white body and ditto with the second generation. The original Kindle DX was also available in white and suddenly Amazon charted a new course. Every Kindle released from 2010 – 2016 all had black bodies. It was only within the last few years that Amazon started to give color options for the entire body; black and white.

Some people claim that a black body makes the text pop more. Maybe this is because of the black body, in conjunction with the Grey E-Paper display and the black text, it makes it pop more. Others claim that you do not get the contrast in text with a white body. Whereas if you have a white body and have the front-light engaged, it tends to look better, than the black model. There are tradeoffs for both colors.

What Kindle do you like better, black or white? Is there a specific reason?