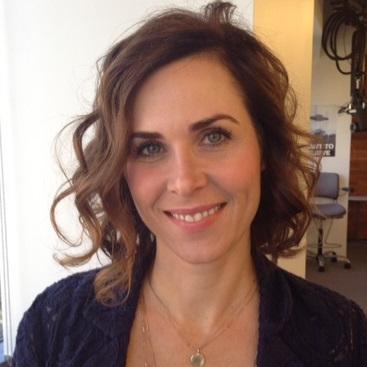 Julia Sommerfeld is the editorial director of a new Amazon Publishing imprint called Amazon Original Stories and she also manages the Kindle Singles store.  She sat down with Good e-Reader for an extensive interview and disclosed a number of interesting aspects about the Singles Store and what Original Stories is all about.

We recently launched Amazon Original Stories, a new digital exclusive imprint of Amazon Publishing dedicated to short fiction and nonfiction by both bestselling authors and new voices that can be read in a single sitting. Kindle Singles is a store that features these as well as more than 2,000 other high-quality, short reads from many different publishers and Kindle Direct Publishing authors.

Amazon Original Stories are free for Prime and Kindle Unlimited members, and provide busy readers with a chance to try new types of stories and authors. So far, we’ve published gripping reads by Joyce Carol Oates, Dean Koontz, Nick McDonell, Susan Straight and Colin Warner and Carl King. I’m so excited about the short stories and essays we have coming in 2018 from the likes of W. Kamau Bell, Jade Chang, Eddie Huang, Janice Y.K. Lee, Walter Kirn, Wednesday Martin, Harold Schechter, and many more.   The core mission of Kindle Singles has remained the same since launch: to connect readers to illuminating, impactful and entertaining stories. It’s a format, a mark of quality and a curated storefront. I see Singles as creating a space – a prominent bookstore window, really – that allows writers a way to explore and readers the chance to enjoy the rich storytelling opportunities that fall between the lengths of a magazine piece and a book, between about 5,000 and 30,000 words. But Singles continues to evolve by listening to our readers, and serving up stories we think they’ll find engaging. The mix is important, which is why on a given day you might find us featuring stories ranging from an addictive short thriller by James Patterson to the stirring personal memoir Don’t Bet on It from self-published author Joel Drucker.

How has the Single Classic program been doing? How many new titles have been added over 2017? Is it still a priority?

The Kindle Singles Classics program showcases timeless magazine pieces – both nonfiction and fiction – that were lost to the digital audience. I’m proud that we’re giving readers easy access to Gloria Steinem’s iconic essays and Kurt Vonnegut’s classic short stories. We’re looking at broadening the scope of what we revitalize with an eye towards what from the past helps us better understand current events.

Unsolicited Manuscript submissions has been disabled since 2016, the page says this is just temporary, but has not been updated in almost two years. Do you have a new submission process from indie authors?

The Kindle Singles store still curates and features stories from self-published authors as well as major publishers, but stopped accepting unsolicited manuscripts last year. This was due to what became an overwhelming volume of submissions and queries. We do listen closely to our readers who are enjoying short works from Kindle Direct Publishing authors and we regularly reach out and showcase them. For instance, self-published authors Stephanie Bond, Mark Dawson and John Braddock have really connected with readers with their best-selling Singles. Authors with short works for sale on Amazon can suggest their story for the Singles store by sending a link to their book’s detail page to kindle-singles@amazon.com.

Singles has been going since 2011, are titles pruned from the system on a regular basis if they do not perform or have a high degree of sales?

There’s no pruning process. The program has steadily grown, and there are now more than 2,000 Kindle Singles currently in the store.

I noticed that a number of new Kindle Singles titles feature “in motion” can you tell me about In Motion and how this is playing a role in the Singles program? How has been the public reception to “in motion”?

We recently used Kindle in Motion features in Dean Koontz’s graphic novella Ricochet Joe and Jodi Picoult’s Mermaid. Customers were delighted by the unique worlds these visual enhancements, including animations and full-bleed images, helped to create. But it’s really driven by the content itself – when a story calls for art, animation, or video, we approach it with this as part of the creative toolkit.

Do you directly deal with major publishers to promote the singles platform?

We work directly with a variety of publishers to provide a venue for short content we think our readers will love. For instance, we are thrilled to feature the three Short Stories from Hogwarts. It’s no surprise that best-selling authors also tend to write best-selling short stories – readers are very eager for stories they can finish in an hour or so.

How do you intend on leaving your own personal mark on Kindle Singles and position the platform for the future?

Powerful, memorable stories can be told in a single sitting, and I’m looking forward to expanding readers’ horizons by sharing many of these stories free to Prime and Kindle Unlimited members. This week, Amazon Original Stories published the haunting and highly relevant story The Princess of Valencia by Susan Straight, for instance. My goals are to stock the Kindle Singles store with great stories, innovate on what that means, and help authors expand their readership. We plan to introduce new storytelling experiences this year.

What first attracted you to the Singles division?

The chance to work with authors I admire in an area that’s ripe for innovation.