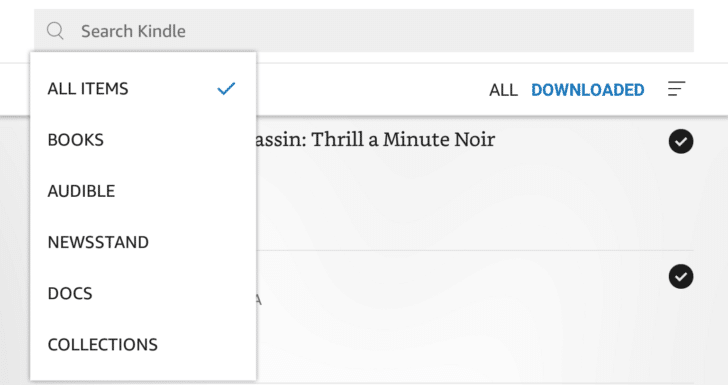 Amazon Kindle for Android has just received an update that has an Audible filter. The app now allows you to separate your books from audiobooks you have purchased or have downloaded samples. If you borrow ebooks from Kindle Unlimited or Prime Reading, you can now manually return them. This is useful if you are downloading lots and hitting the limit cap.

Kindle Unlimited has over 1.4 million titles in their catalog and it roughly costs $9.99 to read as much as you want. Many people are unaware that you can only only have 10 books at a time checked out, before you hit your cap and have to return them. The only way to return them in the past was to visit your Amazon profile page and go through a bunch of sub-menus, needless to say it was not very intuitive and no clear instructions actually exist. Prime Reading lets you read books, magazines, and comics from a list of over 1,000 titles. If you are a Prime member in the US, you automatically have access to it, but there is also a hard cap.

The new Amazon Kindle 8.6.0.62 update is being pushed out now to most Android phones and tablets via Google Play. You can also download it from the Good e-Reader App Store.