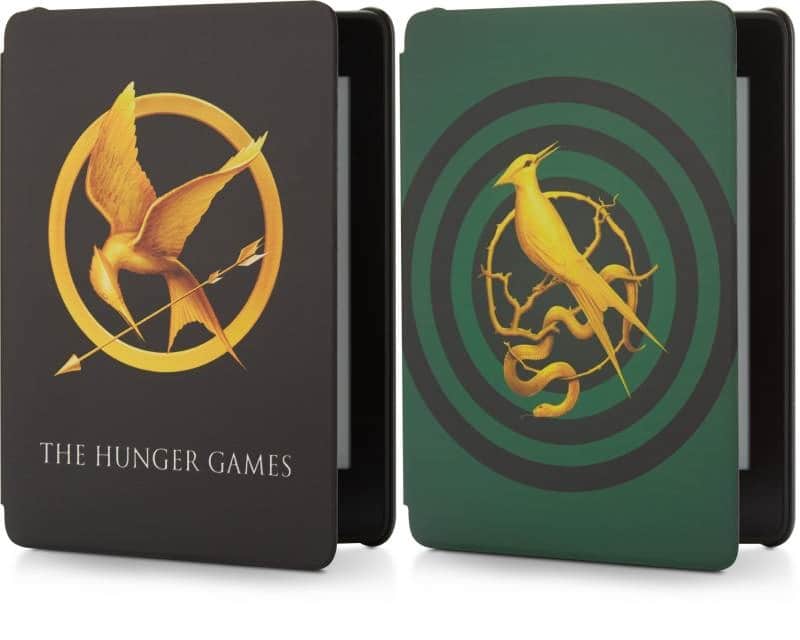 Amazon is trying to capitalize on the latest novel by Suzanne Collins, The Ballad Of Songbirds And Snakes. They will be releasing a Kindle Paperwhite 4 Hunger Games bundle on June 10th, which comes with two different cases. The original has a picture of a gold mockingjay with an arrow, the color scheme is predominately black. The sequel case has a green color scheme with a series of circles and a gold bird, sitting on a branch. One of the biggest key selling points about this entire bundle is a free six month subscription to Kindle Unlimited, where you can read the Hunger Games novels.

The original series of the Hunger Games was one of the best selling trilogy of all time. The publisher and all of the online bookstores sold millions of copies in hardcover, paperback and ebooks. Everyone is betting the farm on the new prequel novel, The Ballad of Songbirds and Snakes, which will revisit the world of Panem sixty-four years before the events of The Hunger Games, starting on the morning of the reaping of the Tenth Hunger Games.

The Hunger Games Bundle is kind of expensive. It is retailing for $159 for the 8GB model with Special Offers and 32GB for $189.