You are here: Home / Kindle News / Kindle to be sold in Staples stores later this year 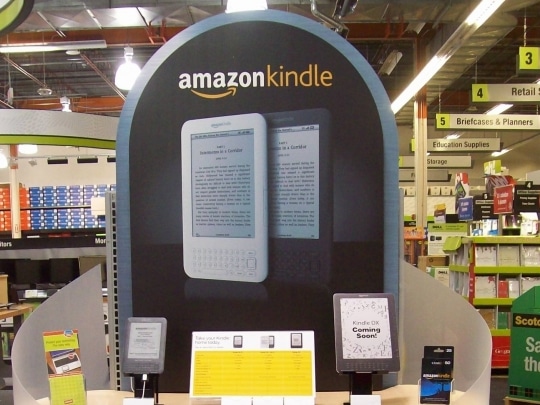 Amazon has made a major move in improving the availability of its ever-popular Kindle e-reader. The company has announced that coming this autumn, Kindles will be carried in Staples stores. With over 2000 Staples stores worldwide, this will no doubt be a huge boost to the visibility of Amazon’s popular e-reader, perhaps helping to promote the product to untapped market segments.

This move follows on the heels of Kindle’s arrival (earlier this year) into Target stores. Previously, Kindle e-readers were primarily only available through Amazon. Despite only being available online, Kindle has grown to become a premier option in the e-reader market. Now, with penetration into brick-and-mortar stores, Amazon’s position can only strengthen in the ever-raging e-reader wars. Even with the blossoming popularity of e-readers, there are no doubt many folks who have yet to try one; having demo Kindles in-stores for people to try for themselves will go far in generating exposure and interest among these new consumers.

Along with three Kindle models, a variety of Kindle accessories will also be sold in Staples stores.