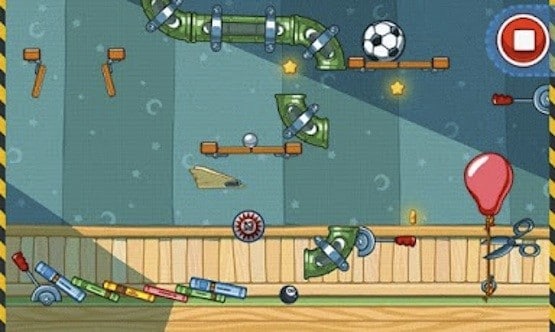 Summer has finally hit us in Canada and throughout North America, and people are enjoying a long awaited sunny season. This is the perfect time to bust out your tablet! The Good e-Reader APP Store continues to focus on high quality Android and Playbook APPS and here is our top list of the most popular apps for July 2012.

Amazing Alex: This new Android Game is the first new IP put out by Angry Birds pioneers Rovio. This game is based on Casey’s Contraptions and features physics based puzzles. Amazing Alex takes place in a young boy’s messy house. Each level presents a different physics puzzle that involves cleaning up: you have to put balls in a bin, topple some books, or pop balloons. You then use the objects available to you to solve the puzzle, earning bonuses for each of the three stars you collect.

Amazon Kindle – Playbook and Android – When you want to read and buy books, nothing beats the Amazon ecosystem. It features some of the most cost effective ebooks in the business. You can also procure magazines and newspapers while on the go. Unlike its iOS version, you can actually buy content right from Amazon on your Tablet.

Google Voice – Playbook – Blackberry App World is eerily absent on most official Google Apps. Voice allows you to utilize the Microphone on your Playbook via the Android emulator. You can chat with any of your friends or business colleagues.

Ninja Fishing – Android – This game takes the best elements out of Fruit Ninja and other games and gives you the total package. You can drop your line in the water while avoiding fish. Once you get to the bottom your job is to catch as many as you can. Once your fish are all caught you engage in the slashing of yummy sushi.

BBC Olympics – Android and Playbook – The BBC only made this app available for fans in the UK. We converted the Android File to a Playbook version and hosted them both. With the Summer Games two weeks away, you want to check this out. You can watch video and read all the daily news. The BBC intends on providing the most comprehensive coverage for tablets.