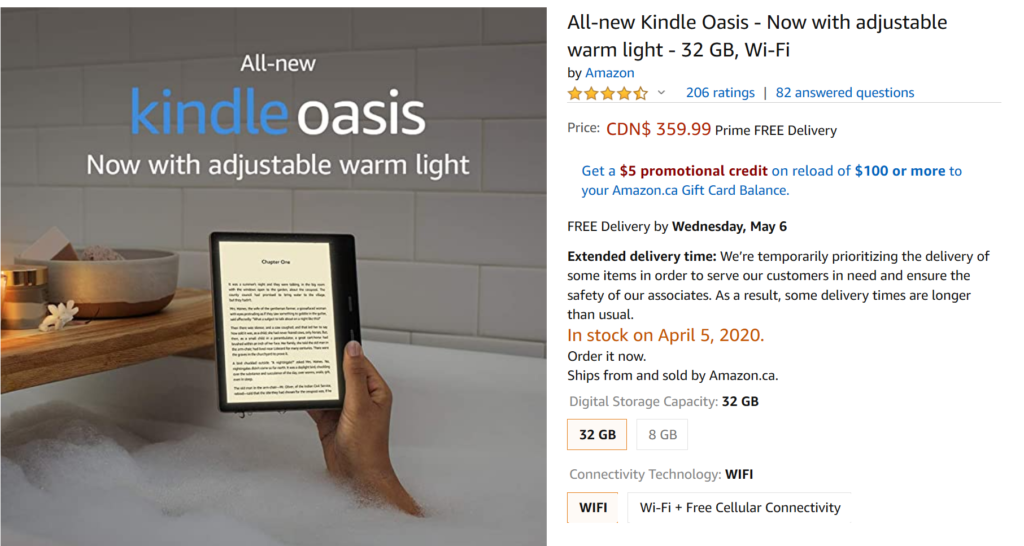 The Amazon Kindle Oasis is sold out in Canada for the 8GB and 32GB models. The soonest that they can process and deliver the product is tentatively April 5th. There is no Special Offers program in Canada, so this isn’t an option. The only model that is available is the 32GB model with 4G/LTE internet access, but it is expensive, around $429.99. Everywhere else in Canada that sells the Kindle Oasis is also sold out. The main Amazon.com website in the US does not ship to Canada, so this isn’t really an option either.

The main selling point of the 3rd generation Kindle Oasis is the color temperature system, which provides a warm light. This is the only Kindle in the entire product line that has the warm light LED lights, in addition to the regular front-lit display. It also has a Freescale/NXP IMX.7 dual core processor, so performance is snappier vs other Kindles.