You are here: Home / Kindle News / Will you buy the Kindle Oasis 3? 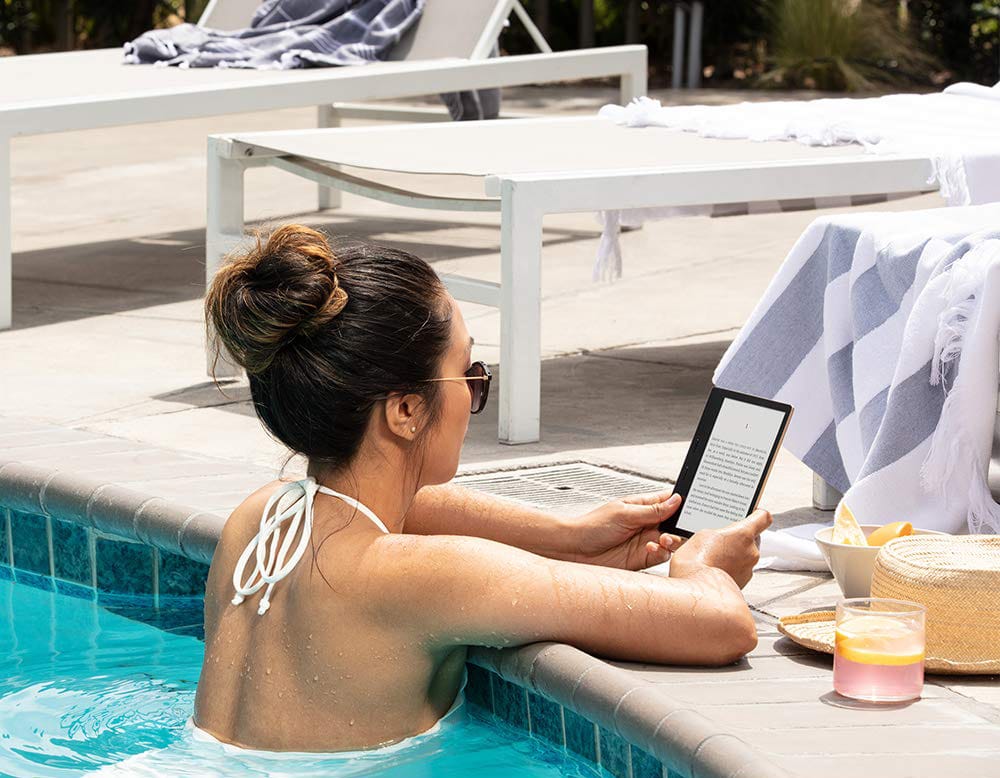 The third generation Amazon Kindle Oasis will be available at the end of July. This e-readers major selling point is the adjustable color temperature display system, that provides a warm candlelight effect. This is the first time a Kindle has employed this technology. Does this feature warrant an upgrade from an older Kindle? Will you buy the Oasis 3?

The Kindle Oasis 3 features a 7 inch E Ink Carta HD capacitive touchscreen display with a resolution of 1680 x 1264 and 300 PPI. So What exactly is a color temperature system? It has been employed for years on Barnes and Noble and Kobo e-readers. The standard front-lit display has white LED lights on the bottom or top of the bezel and project light evenly across the screen. When you are reading at night, this light can be bright, even on the lower settings. A color temperature system adds orange LED lights beside the white LED lights. This will allow you to use both LEDS at the same time and it helps diffuse the white light with various degrees of orange. The front-lit display and color system can both be controlled by slider bars in the quick settings menu, or can automatically be adjusted based on the time of day via the ambient light sensor. The new Oasis has 25 LED lights total, 12 white and 13 amber.

Underneath the hood is a Freescale/NXP IMX7 dual core 1 GHZ processor, 512 MB of RAM. It has two buttons on the right side of the screen, that are able to turn the pages of an ebook, forward or back. It has two different storage configurations that are available. The 8GB version will retail for $249 and the 32GB variant will cost $279. There are also two different colors to choose from – Graphite or Champagne Gold. The Oasis weighs 188g, so it is lighter than the Kobo Forma which is 197g. It is powered by a 1130 mAh battery, which is a bit larger than the 1000 mAh found on the previous generation Oasis. It is also waterproof and can play audiobooks via Audible with a pair of wireless Bluetooth headphones or an external speaker.

Does a larger battery and a color temperature system compel you to buy the new Oasis 3? It is the expensive, because it’s their flagship device with all the bells and whistles. The flush screen and bezel might appeal to some people, ditto with the manual page turn buttons.