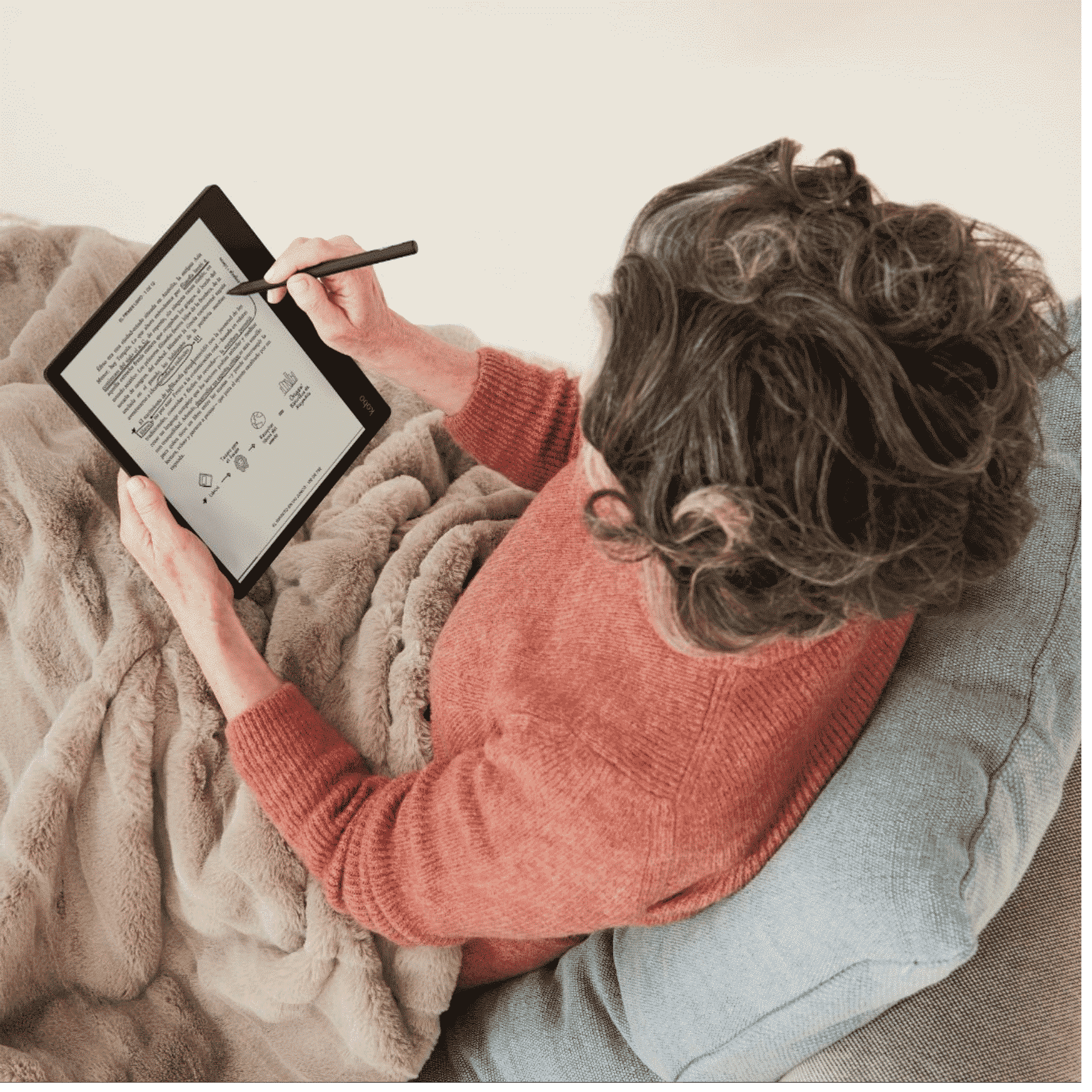 Good e-Reader broke the story a couple of weeks ago that the Kobo Elipsa would be soon be getting audiobook functionality and it looks like it has arrived sooner than expected. Today, Kobo pushed out the 4.30.18838 firmware update that allows users to buy audiobooks form the Kobo bookstore or download them with their Kobo Plus subscription program. Users will be able to listen to them with wireless headphones, an external speaker or in their automobile. You can also you can now filter by Audiobooks or eBooks in the My Books menu.

The Elipsa was the first digital note taking device that the company has ever released and first came out in June. It comes with the Kobo Stylus, and it is quite easy to take notes, freehand draw, or edit ebooks and PDF files. It is a really sold device and has a giant 10.3 inch screen, which provides ample screen real estate just to read ebooks or borrow them from the public library. It had Bluetooth from the very beginning, but it finally seems like Kobo is putting it to good use.

Audiobooks is the fastest growing segment in digital publishing. In the first seven months of 2021, the format was up 16.4% and generated $440.3 million in revenue, just in the United States. The Elipsa, Libra 2 and Sage all have audiobook functionality and it is very likely that most of their future e-readers will also be able to play them too. Bluetooth chips don’t cost very much and now that Kobo has made the investment to develop an audiobook player on Linux and also start selling digital audio, it would make sense for them to push it hard.

The latest update should be pushed out to your Kobo automatically, or by hitting the sync button. It sometimes takes a couple of weeks for it to get pushed out to all devices, all over the world. If you simply can’t wait, you can sideload it.