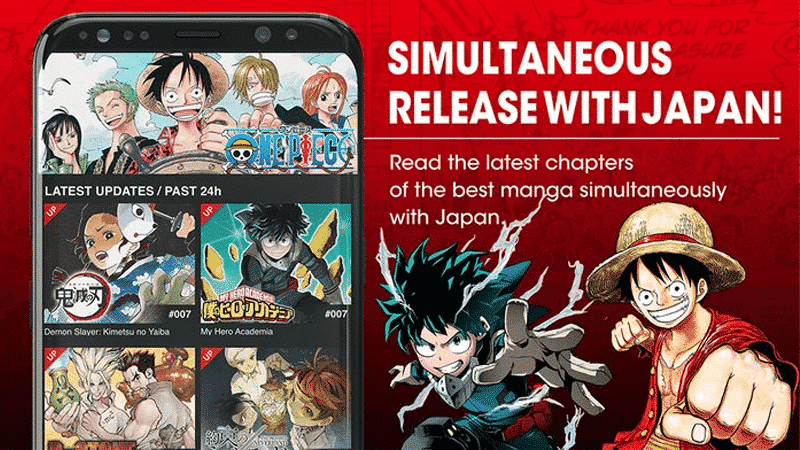 Shueisha has just launched a new online manga site and app called MANGA Plus. This service is available globally and there is an official app for  iOS and Android devices and it also has a website where you can read. This new platform is similar to the new Shonen Jump service, just without the subscription service.

There are 50 titles at launch, including 13 completed series, and more titles will be added gradually. The service publishes new chapters of currently serialized manga from Shueisha‘s Weekly Shonen Jump magazine, Jump Square magazine, and the Shonen Jump+ service at the same time they are released in Japan. While MANGA Plus is free to download and use, users can also purchase compiled book volumes for specific manga. The first chapter and the latest chapter of currently serialized manga are also free. A portion of the revenue from advertisements on the website will go directly to the manga authors.

One of the great aspects of Shueisha is that it is an officially licensed platform that legitimizes digital manga and gives it away for free, hopefully pushing people away from piracy.