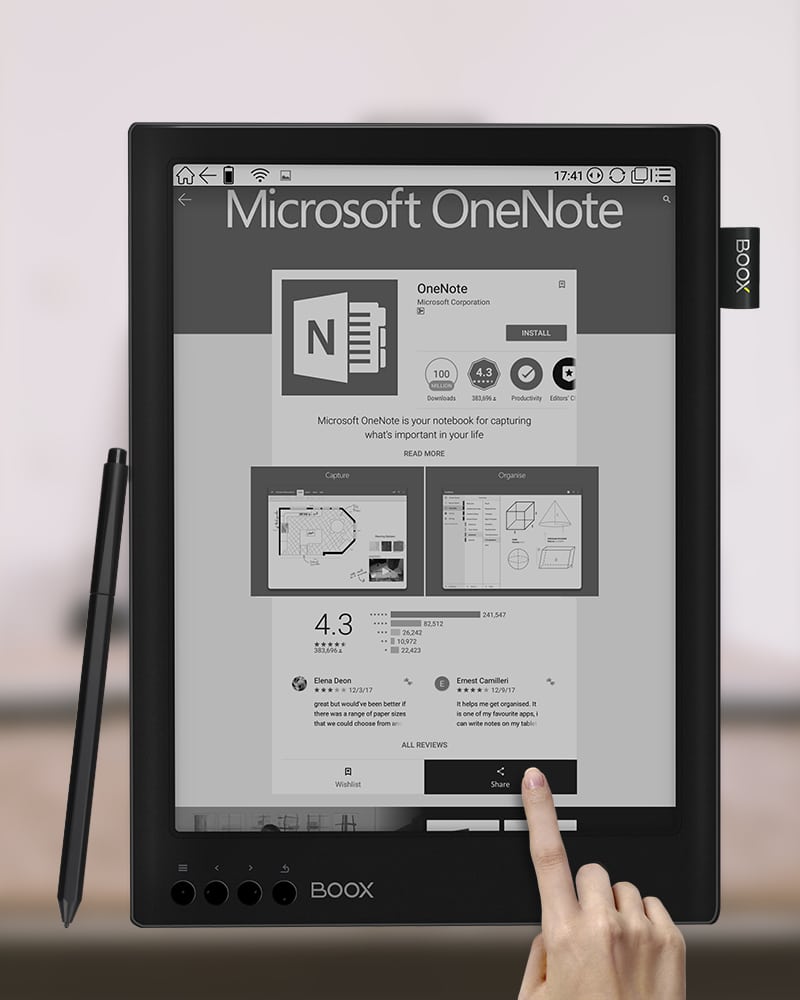 The Onyx Boox MAX 2 Pro had limited availability when it was released earlier this year. The body of the e-reader was white and this was to celebrate the company’s Diamond Anniversary. They only manufactured a certain number of them and they were completely sold out a month later. Onyx has disclosed to Good e-Reader that the MAX2 Pro is going to make a return, this time for good. The body is black this time around and it is available as a pre-order on the Good e-Reader Store.

The Onyx Boox MAX2 PRO features a 13.3 inch E Ink Carta and Mobius screen. This is the same technology that Kobo employed in the Forma. Mobius makes the device lighter and protects it better if you drop it, since the screen is basically made of plastic and not glass. The screen is completely sunken and not flush with the bezel.

The resolution is 2220×1650 and has a PPI of 207. It has a WACOM screen that works with the accompanied stylus.  This is useful of you want to freehand draw, take notes in ebooks or edit PDF files. It also has a capacitive touchscreen display for finger and tap gestures.

The MAX2 Pro is a totally viable e-reader. The big draw is being able to view A4 documents and make edits and annotations. Unlike the Sony Digital Paper and Remarkable, the Onyx is running Android 6.0 and has full access to the Google Play Store. It can use Microsoft OneNote and virtually any other app.

If you want to purchase the MAX2 Pro, you will have to pony up $849.99, which is the retail price. You can pre-order it today from Good e-Reader and be one of the first people to receive the black edition in the first two weeks of May 2019.