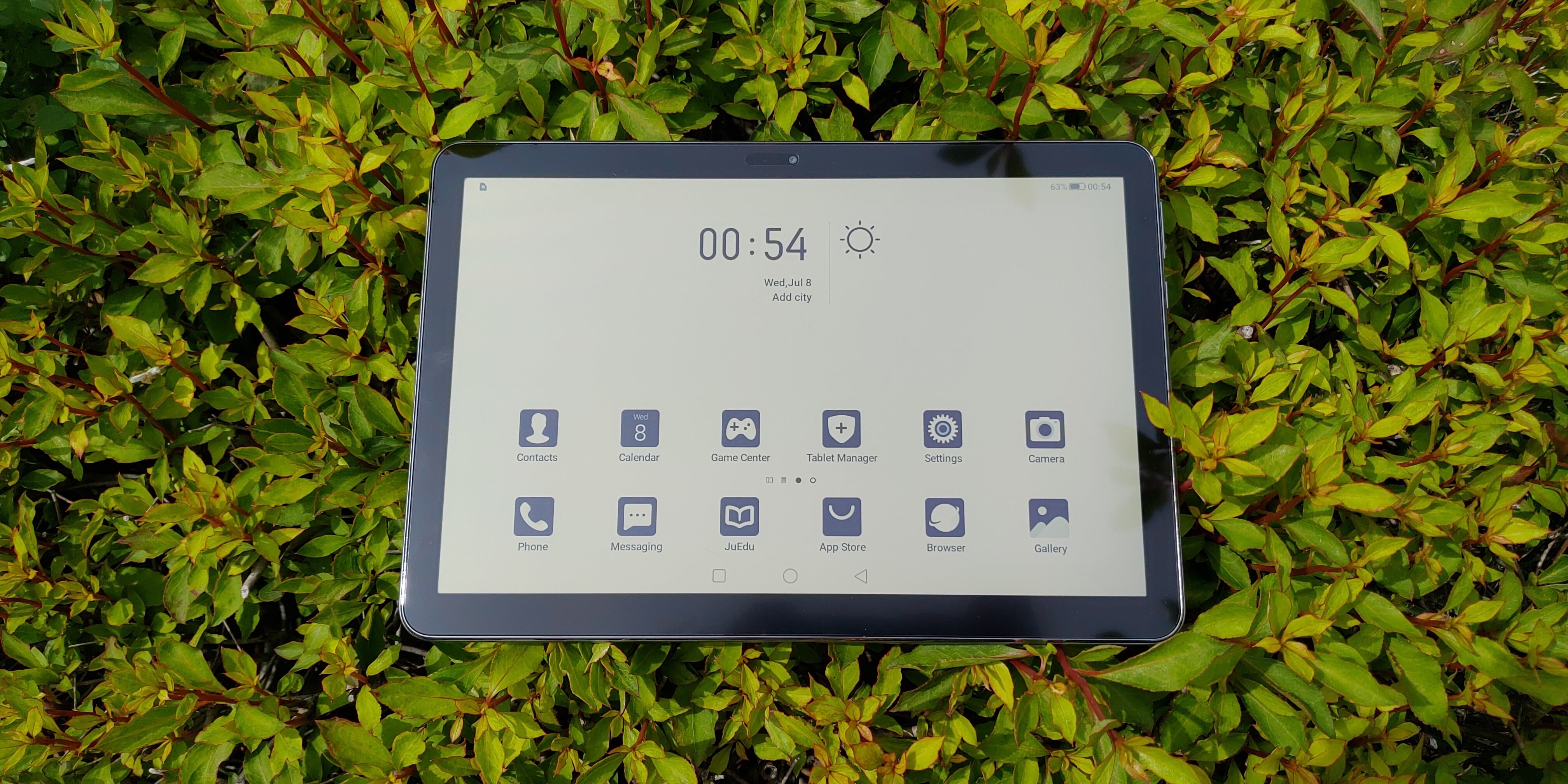 Hisense has been slowly gaining a reputation for making high quality E INK smartphones. They have released six different models in the past two years and have just released their first tablet, the Hisense Q5. This product is using an RLCD display screen, which does not have a front-light or backlight and is totally dependant on an external lighting source. The benefits is that the monochrome display will last you over a month, thanks to the massive battery. There is also no no refresh issues when it comes to page turn animations in Android e-reading apps or dropped frames when watching YouTube videos. Should you buy a Q5? This might he hard, because a few weeks after the release, it’s already discontinued. 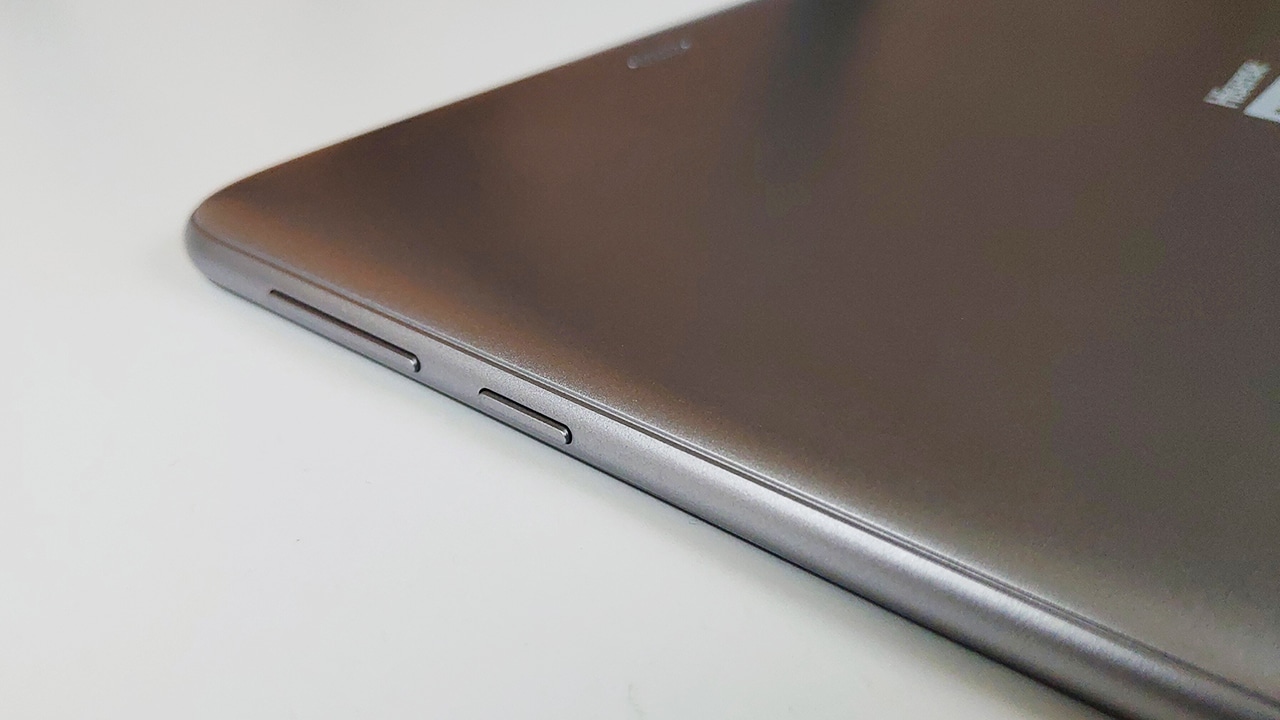 The Q5 features a 10.5 inch monochrome RLCD display with a 16:9 aspect ratio and a resolution of 1280×800 pixels and 150 PPI. It has a gyroscope, so you can quickly flip the orientation from landscape mode to portrait. There is a layer of glass and matte screen protector. Since this does not have a frontlight or a backlight, you will need an ambient light source in order to see what is on the screen.

One of the benefits of E INK display technology is that it fundamentally absorbs light and does not reflect it. This is why most e-readers use a sunken screen, it helps protect the exposed e-paper from being flexed and provides years of value. Some e-readers have a glass based display on top of the E INK layer, examples of this include the Amazon Kindle Oasis 3. The Hisense color line of phones such as the A5C and Pro CC also have a layer of glass. Using glass based panels that are layered on E INK panels will often reflect light, instead of absorb it.

The RLCD display primarily generates content on the screen, which is dependant on the brightness and degrees of kelvan that the light source is emitting. If you use it outdoors, the screen takes on a orange hue,  if you use an LED based lamp, the screen will have a blue hue. You will still get glare on the screen, because of the layer of glass. This is evident if you are using the Q5 when there is a light on the ceiling or in direct sunlight.  This tablet is still usable in direct light, but you need to tilt it just right. This will help you bypass the glare on the screen.  I found that the matte screen protector that is installed by Hisense, helps with the glare, but not by much.

Traditional LCD displays have a backlight that shines light directly in your eyes at a specific frequency. This is why if you take videos of a screen, it appears to be flickering, but is normally imperceptible to the naked eye. Tablets using LCD are the most popular, but many people find themselves under eye strain during daily use, the same goes with phones. When people are using bright screens at night, it prevents melatonin from being generated, which is why it is harder to fall asleep. So there is an obvious benefit to the Q5, which doesn’t emit light of any kind.

You can listen to music or audiobooks via the 3.5mm audio jack or Bluetooth 5.1. It has an HDMI port to connect it to your television or into your computer for a secondary monitor. You can change the Q5 with the Micro USB ports, sorry it does not support USB-C.  It is powered by a massive 5,050 mAh battery and has 5V/2A Quick Charging Support. The Q5 drains less battery from the iGPU because black and white displays require less processing relative to color displays. You can achieve the same effect by putting your display into grayscale mode, if supported. The big battery savings come from being able to turn off the backlight entirely, which is what the Q5 did.

What is a modern tablet without cameras? Even though it has an RLCD screen that does not display colors and is completely monochrome, any pictures you take will be in color, once you export them to your MAC or PC. The rear facing camera is 5MP f/2.2 camera sensor and is located at the upper left corner and it has an LED flash. The front facing camera is 2MP f/2.4, perfect for video chatting or the odd selfie. 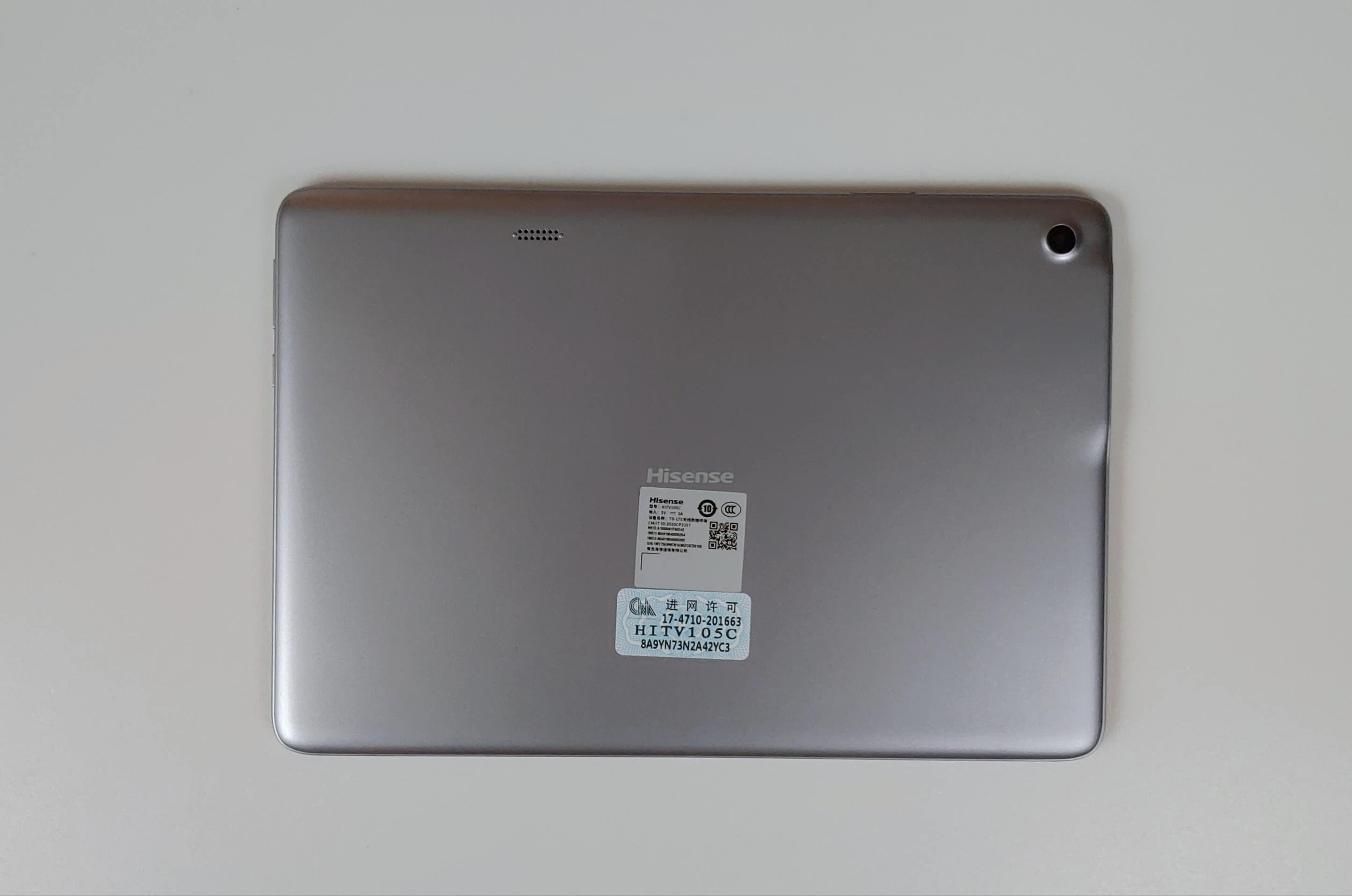 Hisense if anything, is not risk averse. This is the first RLCD device ever made and it is very interesting. The overall design is not really inspiring, but the hardware specs and screen is. 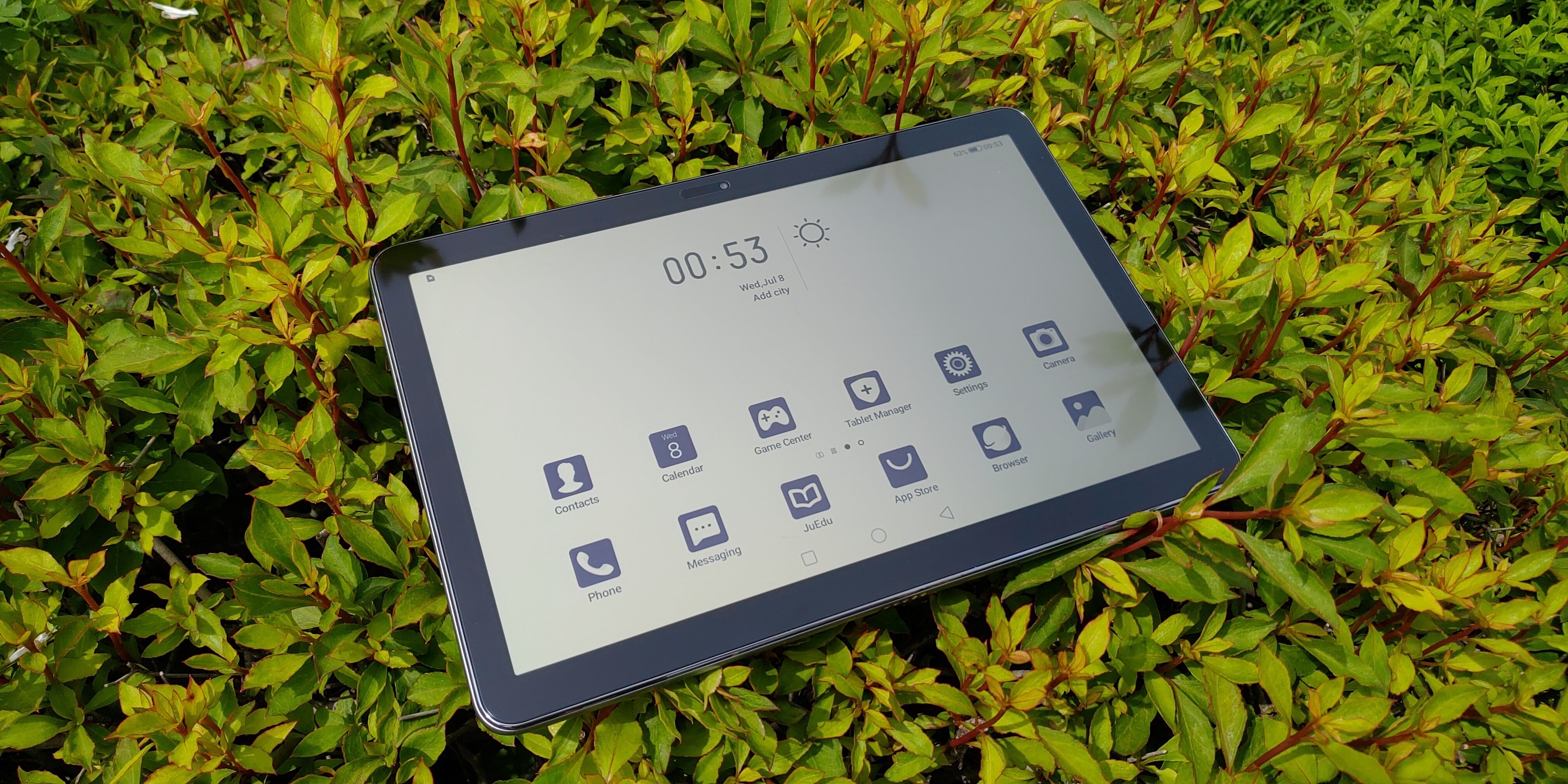 The Hisense Q5 is using Android 10 and is employing the same Vision OS launcher that is on their E INK smartphones. This has resulted in all of the icons and text being a bit on the large side, since they are using a launcher designed for smartphones, on a tablet. This was the same problem that plagued the Wisky EE Pad.

Android 10 is the latest and greatest, Android 11 will be out this Fall, it remains to be seen if this will receive an OS update at a later time. Apps are a big part of the success of Android and Hisense has their app store that is primarily populated by Chinese apps, since this is the market they are targeting. They do have the Google Play Store available, but after downloading all of the required files, it would just crash and not load. Hopefully Hisense resolves this issue because exclusively sideloading your own apps can get tedious, especially if there are always need updates that are available and old versions of the apps are disabled until you update. If this is a problem, you can always just install alternative markets, APK Mirror is a good one.

The home screen is quintessential Android. You have all of your web browsing, contacts list, settings menu, game center and all sorts of other ones. If you drag your finger down from the center of the screen, there are all sorts of quick settings, such as WIFI network, Bluetooth, Airplane mode, lock rotation and more.

If you swipe the screen to the left, you will get all of the Hismart integration.

One of the things Hisense is really pushing with the Q5 is eyecare. There is an ambient light sensor that will tell you if there is too much or too little light in the room and remind you to fix the issue. If you are holding the tablet too close to your face, it will auto monitor this with the front-facing camera and gentle tell you to increase the distance. You can get text or voice based reminders and there is even a kids mode for this.

There is also a new battery savings system. When we had the device had 57% of capacity, we will still had 18 hours remaining, with no battery savings features active. If we turned on power saving mode it would increase it to 19 hours and Super Savings mode would increase it to 11 days. There is a drain analysis feature that tells you what apps you are using are contributing towards battery drain the most and you can close them down.

It is a rare thing for a tablet to be easy on the eyes. Apple has there own Trutone technology and anti-glare screen tech and also many apps have a dark mode, but it is not the same thing as the Q5, because there is no light. This makes it easier on the eyes than an iPad or a Samsung Galaxy Tab. Since it is basically still using an LCD screen, you can use the Kindle app, and it works perfectly, animated page turns occur lightning quick and you can pinch and zoom PDF files, manga or pictures. The reading quality for all digital content is really solid. Of course, you can install Overdrive Libby and read library books or install Scribd and read your subscription base content.

A tablet that is easy on the eyes, without any of the drawbacks and refresh issues of E INK. This is the world’s first tablet to use RLCD, which is impressive. It is similar tech to the Pixel Qi, one laptop per child program that was first unveiled almost a decade ago.

What I like about the Q5 is you can do anything on it, like you would a fully featured smartphone or tablet. It is easy on the eyes, because there is no backlight and I am really impressed on how polished this feels on a software and hardware level.

I would recommend this to people who normally read on a tablet and has ever suffered from eye strain or have various vision disorders that give them headaches from looking at a traditional LCD screen. The Q5 is a true alternative to E INK, which Clearink tried to do, but are stuck in development hell. 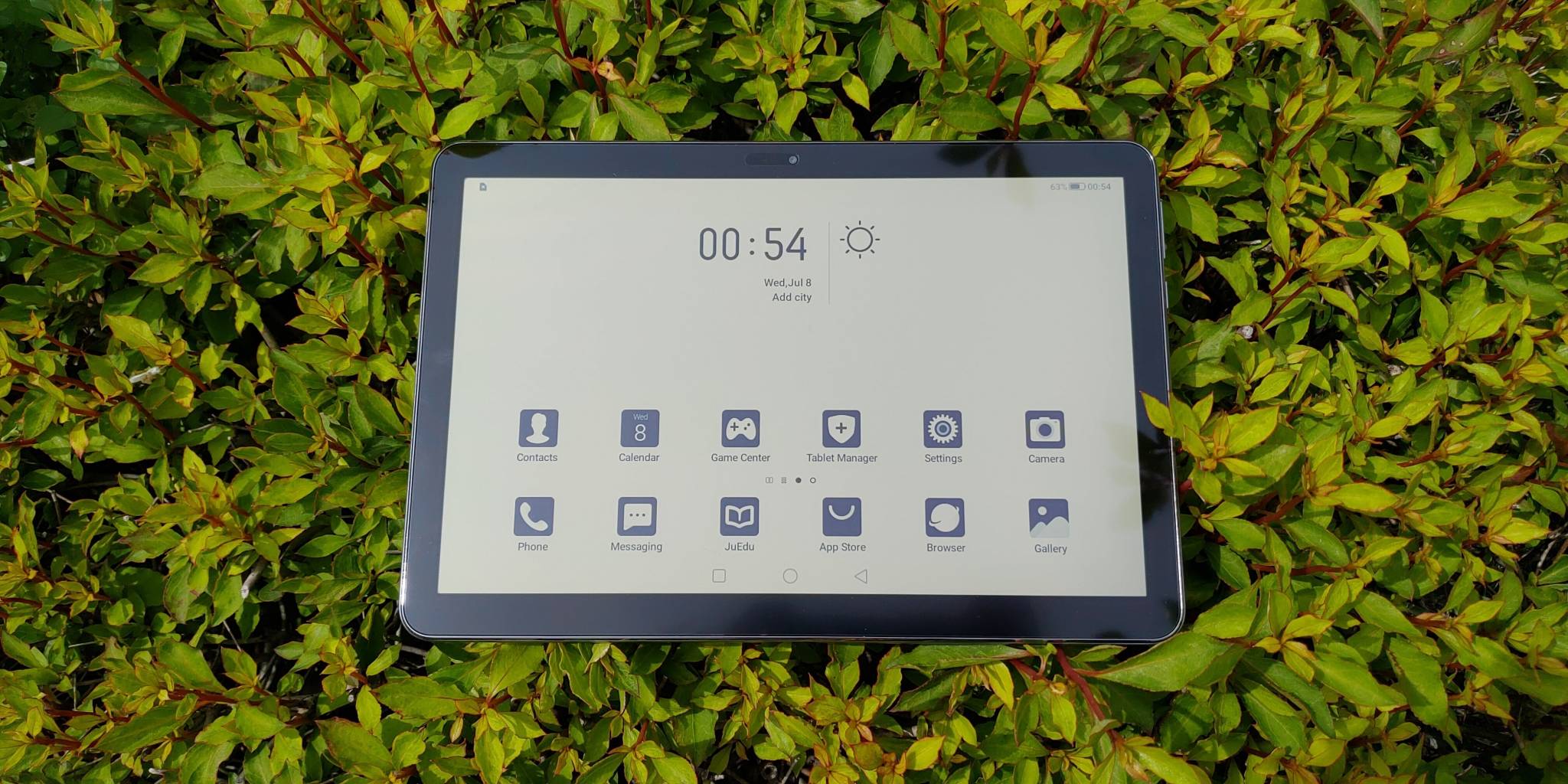