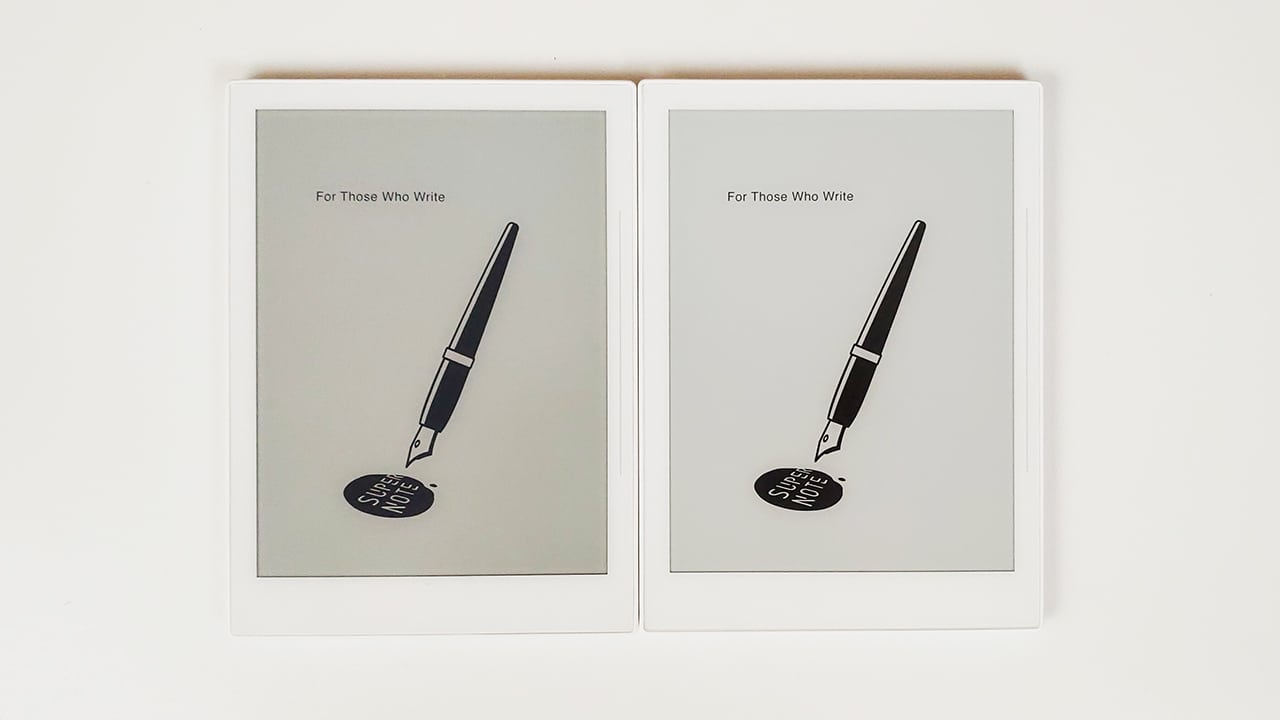 The Supernote A6 came out a couple of years ago and it was running Linux, the brand new SuperNote A6X was released about a month ago and it runs Android. The hardware and chassis is mostly the same on both models, the software is quite different.

The Supernote A6X features a 7.8 E INK Carta HD screen with a resolution of 1872×1404 and 300 PPI. It has a WACOM layer for the accompanied stylus and they are using the new ceramic nibs, that never need replacing. Underneath the hood is a quad-core processor, 2GB of RAM and 32GB of internal storage. This device runs an offshoot of Android, but you cannot install apps.

The Supernote A6 also has a 7.8 inch screen is using E Ink Carta HD and Mobius. The overall resolution 1872×1404 with 300 PPI. Underneath the hood is a IM6 Solo Lite single core processor, 1GB of RAM and 32GB of internal storage. This device runs Linux.

On a pure hardware level, the A6X has a faster processor, more RAM and a larger battery. The rail system on the back, that is used to slide it into the case, is thinner. The bar on the right side of the screen, used for gesture controls, is a different shade of white and has a drop shadow.

The Supernote A6X has a different home screen, it is folder based, whereas the A6 basically just shows your PDF files, notes or ebooks on the front page. The settings menu also has some new features, and the main navigation bar also has additional functionality. When it comes to drawing, you can now draw and use layers, similar to the Remarkable or Adobe Photoshop. There are lots of additional templates that the A6 doesn’t and you can also search for specific types of templates.

The comparison video below, takes a look at all of the software differences, so you can get a sense on what it brings to the table.