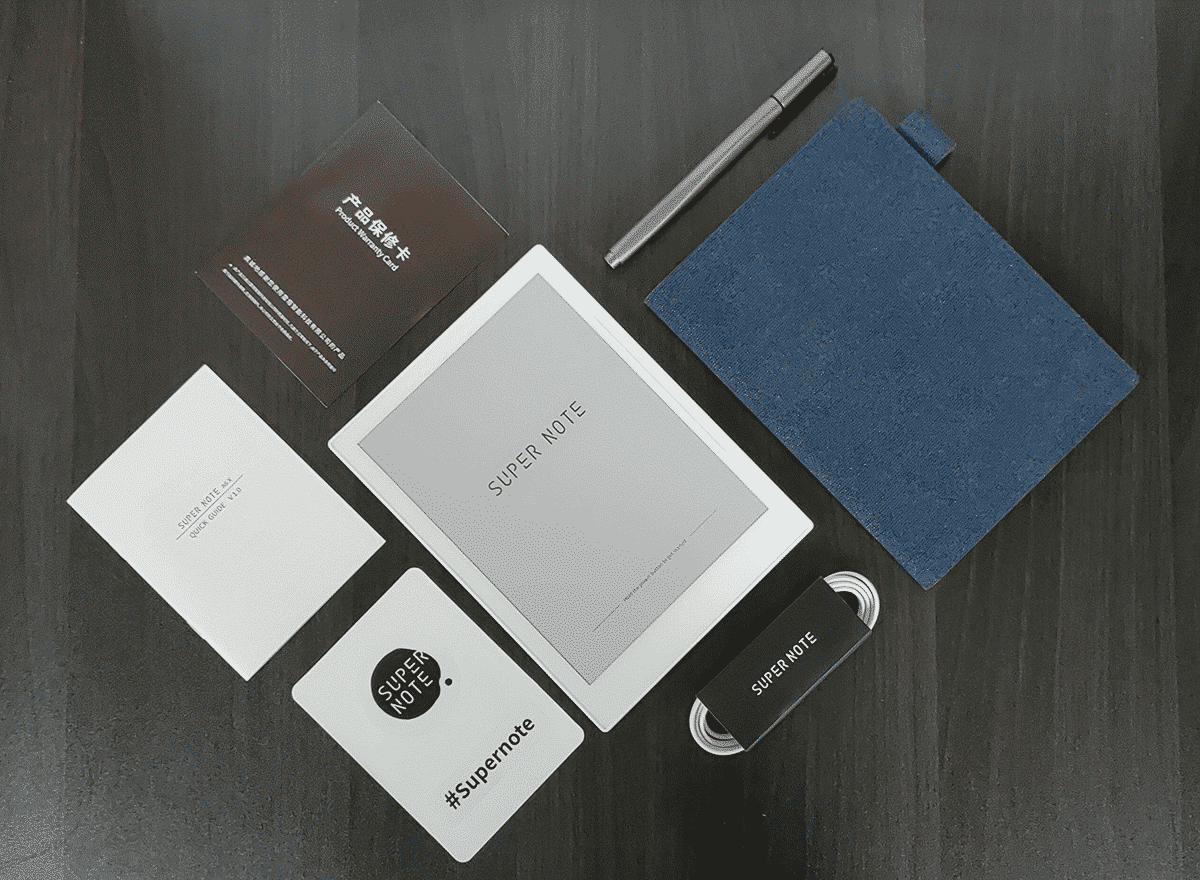 The SuperNote A6X is now available, although the company is suffering from stock shortages and is releasing a new batch every month. This device is geared towards taking notes, editing PDF files and reading ebooks.

The Supernote A6X will feature a 7.8 E INK Carta HD  screen with a resolution of 1872×1404 and 300 PPI.  It has a WACOM layer for the accompanied stylus and they are using the new ceramic nibs, that never need replacing. Underneath the hood is a quad-core processor, instead of a  single core,  that the 1st generation employed. It has  2GB of RAm and 32GB of internal storage. One thing that is very interesting, is that the A6 used Linux, but this new model is going to be  using Android 8.1, but sadly you cannot sideload apps.

The Supernote A6X packaging features an all white color scheme. There is a picture of the device, with a front and back profile, along with the stylus. Their logo is also on the front and their tagline are on the sides “for those who write.” The back of the box is really uninspiring, most companies put tech specs or key selling points, but Supernote has elected for nothing.

When you open up the box the stylus greets you on the left side and the Supernote case is also the first thing you see, every purchase grants you one of these for free. Underneath the case is the A6X and it is encased in a static proof bag. There is a user manual, product warranty card, a sticker and a USB-C cable.

The industrial design of the A6X is similar to the previous generation A6, they are basically using the same shell. The color scheme on the front of the device is white, it has not have any physical buttons. The screen is flush with the bezel, the back of it is a gunmetal grey, with a small indentation on it, this is used in conjunction with the case, it is basically a rail system, so the Supernote will not fall out. On the side of the bezel is a hardware driven slider, used to do software things. The stylus is grey and comes with the companies new ceramic nibs, they do not need replacing.

The SuperNote A6X retails for $299 and is available from the Good e-Reader Store.