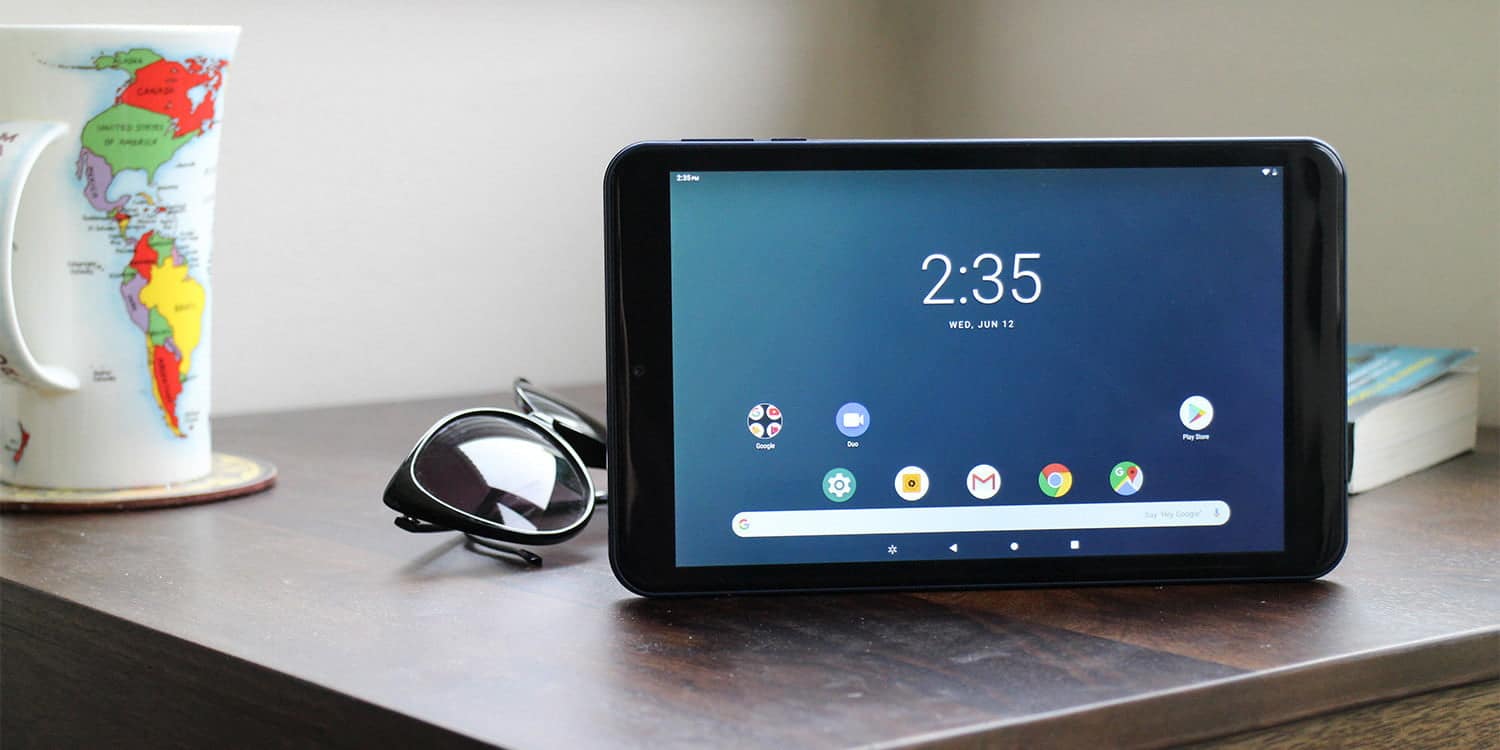 Walmart has never had their own tablet before, but this all changed with the advent of the 8 inch Onn Android tablet. This is a very affordable $64 dollar device that has Android 9.0 and full access to Google Play. Our review primarily focuses on the audiobook and e-reading experience with the Walmart ebooks app. 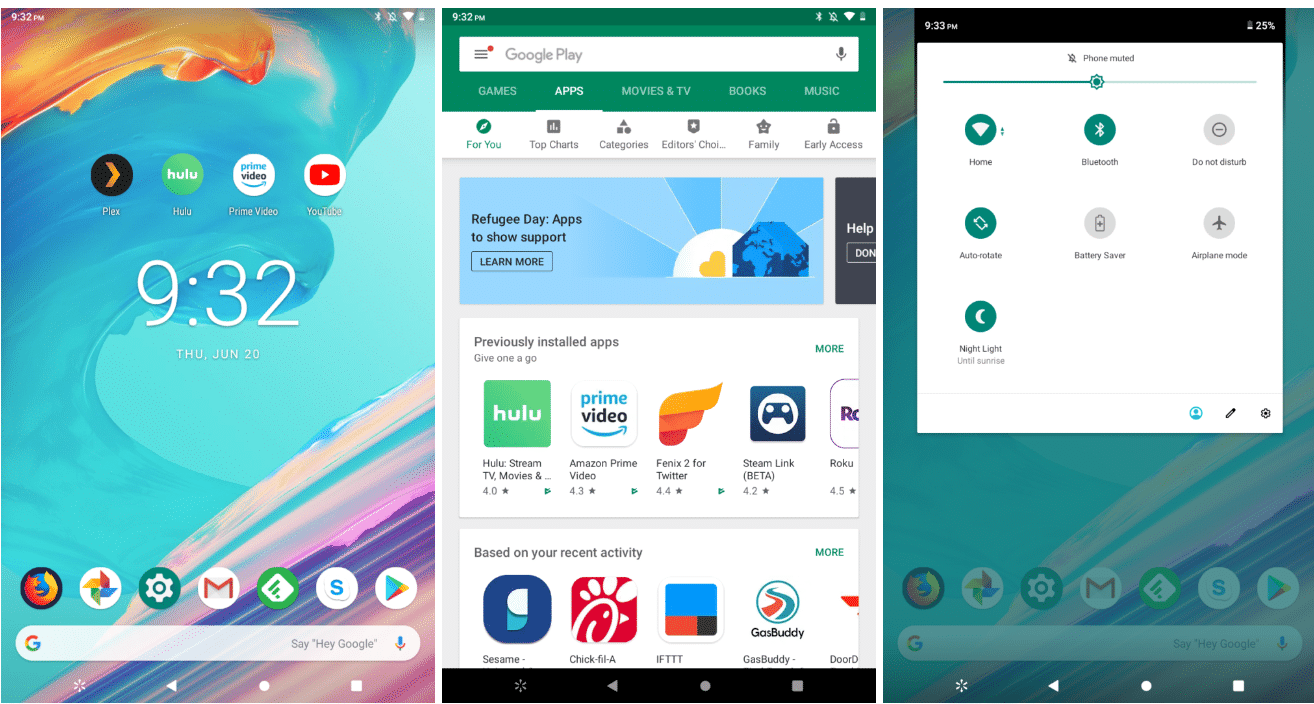 The 8 inch Walmart tablet has an IPS display with a resolution of 800 x 1280-pixel display, an MediaTek MT816 1.3Ghz quad-core CPU, 2GB of RAM and 16GB of storage. It has has an SD card to enhance the internal storage further. There is a 0.3 MP front-facing camera and a 2MP on the rear. The cameras are definitely paltry, but serve the trick for the occasional Skype call. It is powered by a 3,500mAh battery.

The design of the hardware is nothing tremendously exciting, it bears a resemblence to most entry level tablets on the market. The front and sides of the bezel and also the back. On the back is the Onn logo, along with some FCC certification. On the bottom is a the USB port and a status indicator light and on the back is a single mono speaker and a camera. On the side is a volume up and down button and also a power button to put the device to sleep or if you hold it down, it will power it off. On the top is a 3.5mm headphone jack and a SD card. On the front is a simple VGA camera, all of the navigation buttons are software driven.

Android 9.0 is one of the major selling factors on this entry level tablet. You can swipe upwards on the navigation bar on the bottom of the screen and it will show you all of the apps that are installed. You get the Google Play Store, all the apps you could possibly want, support for Google Family Link, notification channels, security features like Play Protect, and all the other features you would expect from the latest and greatest Android release. By comparison, even Amazon’s latest Fire tablets ship with a heavily-modified build of Android Nougat, and many features are disabled.

On the bottom of the UI is a little Walmart logo that pulls up a number of apps like Sam’s Club, Vudu and Walmart Grocery, Walmart branded Kobo ereading app. It runs a nearly-stock version of Android 9 Pie.

Last year Kobo and Walmart signed an agreement that saw thousands of Walmart locations in the United States sell Kobo e-readers and gift cards that can be redeemed for audiobooks or ebooks. The two sides created a Walmart ebooks app, that could be used by customers in the US to buy and read digital content. The Walmart app on this device is fairly solid. The cover art for audiobooks and ebooks is bright and cheerful, it is easy to click and see what the title is all about. The main e-reading app is similar to the stock Kobo Android experience. You can change the background color, font size, font type, margins and line spacing. There is a bookmark option on the top right corner. If audiobooks are your thing, there is a dedicated player that can play samples or an entire audiobook. The single speaker on the back does an adequate job, but you likely want to play in a pair of headphones to get the ideal experience.

Even though the resolution is not pure HD in portrait mode, you do get it in landscape model. It does a good job at handling webcomics, webtoons, digital comics, newspapers and magazines. We tested Comixology on the Walmart Onn and it did a good job, you rarely have to pinch and zoom to read text, because the screen is 8 inches. If you notice text on the comic you are reading is small, Comixology has a Guided View system that isolates a single frame, making it easier to read. 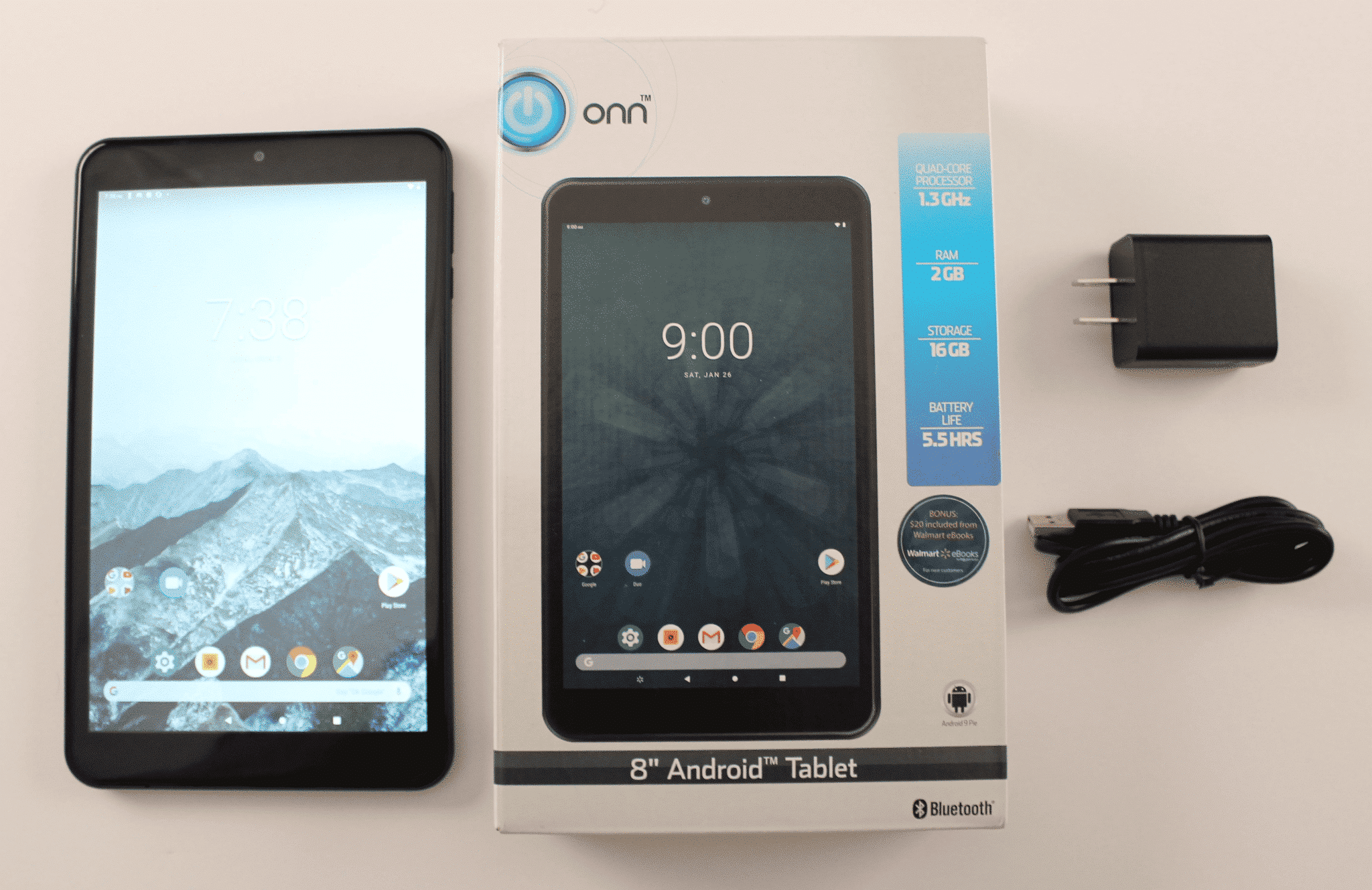 The Onn 8 inch makes the most sense for someone who doesn’t want to spend a lot of money to have a little tablet to be used around the house and its cheap enough to let the kids have at it. Don’t expect a powerhouse of computing, but does an alright job with Netflix or Hulu. It does a fine job for reading, and makes a lot of sense for someone in the US that already does business with Kobo or Walmart for audiobooks and ebooks.