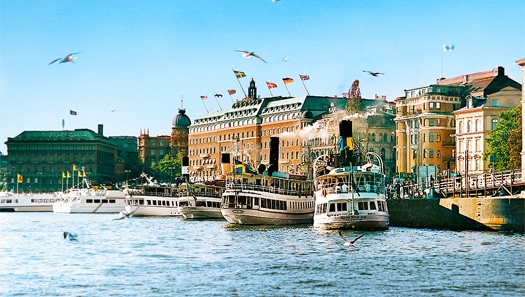 Amazon is in late stage negotiations with Sweden based Bokrondellen to iron out specific demographics on the entire publishing industry. Bokrondellen basically has access to all of the metadata for the entire Swedish digital and traditional publishing industry. They hold all of the sales figures for the competition and know all about the current distribution pipelines.  This is standard practice for Amazon when they are going to be penetrating a new market.

One of the main reasons why Amazon wants to enter the Swedish market is to appeal to the expatriates that live in Germany and the UK. Amazon already has a strong presence in both of those countries and being able to sell books written in their native language is something that would be very appealing.

If Amazon intends on entering Sweden in the next six months, there will obviously be some companies whose market reach will be severely diminished. Bokus is one company that has been around a few years and sells ebooks online in EPUB and PDF format. Elib is another one that does the same thing and has agreements with most of the major publishers. Obviously, Amazon will never do business with an existing company and will approach the publishers themselves to iron out agreements. The main factor right now is evaluating how existing businesses distribute books to other countries and domestically.

There are some very compelling benefits of Amazon’s strategy here. It will give a huge boost to the entire digital publishing segment. People will be more aware of the Kindle line of devices that will undoubtedly be available in the major bookstores. Independent authors will also have viable avenue to self-publish their books with Kindle Direct Publishing.