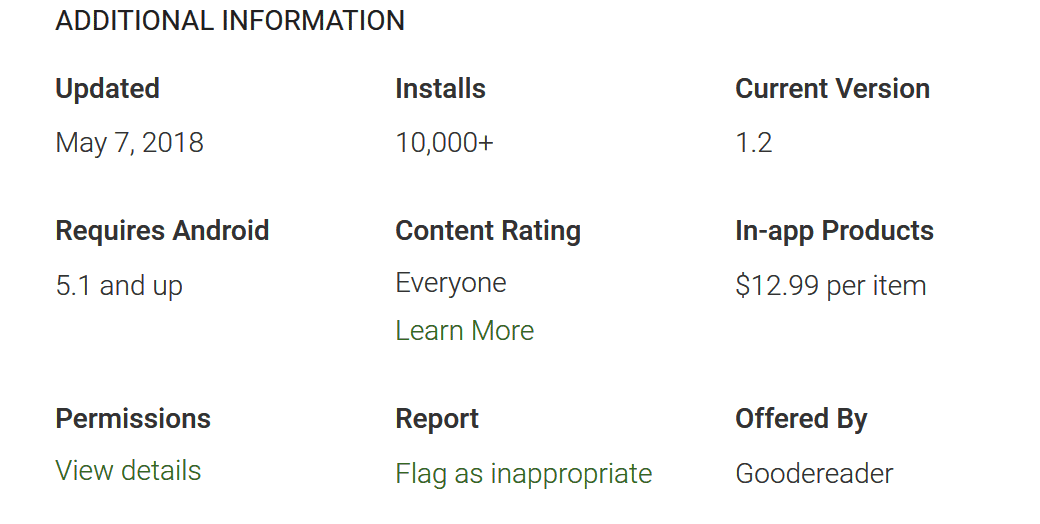 One month ago Good e-Reader released a new Android app called Audiobook Reader and it utilizes Amazon Polly TTS to turn any ebook into an audiobook. It is the first app to take advantage of the Amazon voice assistant in this manner and we have just hit 10,000 installs in the past three weeks.

This app took over six months to develop and looks really good. It has a flat design and looks sexier than most of the other e-reader apps on Google Play. We support 28 different languages and 12 different voices for English users. If you don’t feel like having your books read aloud, no worries! We have a really advanced engine that is similar to the Kindle or Nook, you can change the background color, text size, font type, line spacing and margins.

We have made a ton of stability enhancements in the last few weeks and optimized the app for Android Oreo. Background audio playing is also a priority and in the next month or two we will debut it.