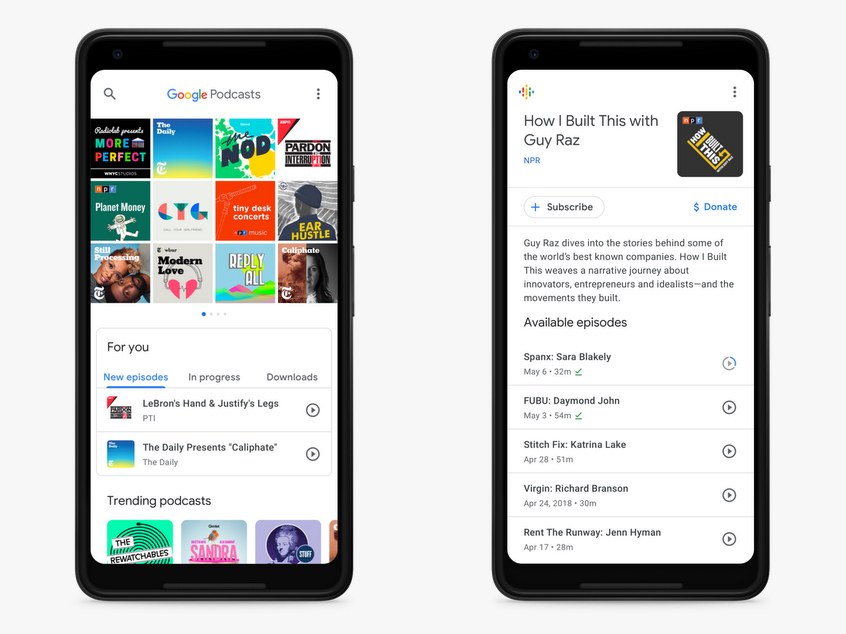 Google Podcasts launched a couple of months ago, but it was incorporated into the Google Music. It has a confusing layout and it suffered from being lost in the shuffle. Google is now supporting podcasts directly and in a more meaningful way with a standalone Google Podcasts app for Android.

Google Podcasts, will use Google’s recommendation algorithms in an effort to connect people with shows they might enjoy based on their listening habits. Google says the company expects Podcasts to bring the form to hundreds of millions of new listeners around the world.

Much like the recently launched Google Tasks, the Podcasts app feels fairly minimalist at launch. It greets you with section called For You, which includes new episodes of podcasts you’ve subscribed to, a separate tab for any episodes that are currently in progress, and another tab for any that you’ve downloaded.

It’s also fully integrated with Google Home, and you’ll be able to ask the Google Assistant to play episodes of a specific podcast, as well as use voice commands to pause and resume. If you’re feeling like a change, you can also ask Google Assistant to pick you a podcast within a certain genre with commands like “play me a funny podcast.”

Google Podcasts still needs a bit of work. It would be nice to have a podcast player widget, Android Auto and WearOS support and automatic downloads over WIFI. You can download this app from Google Play and the Good e-Reader App Store.