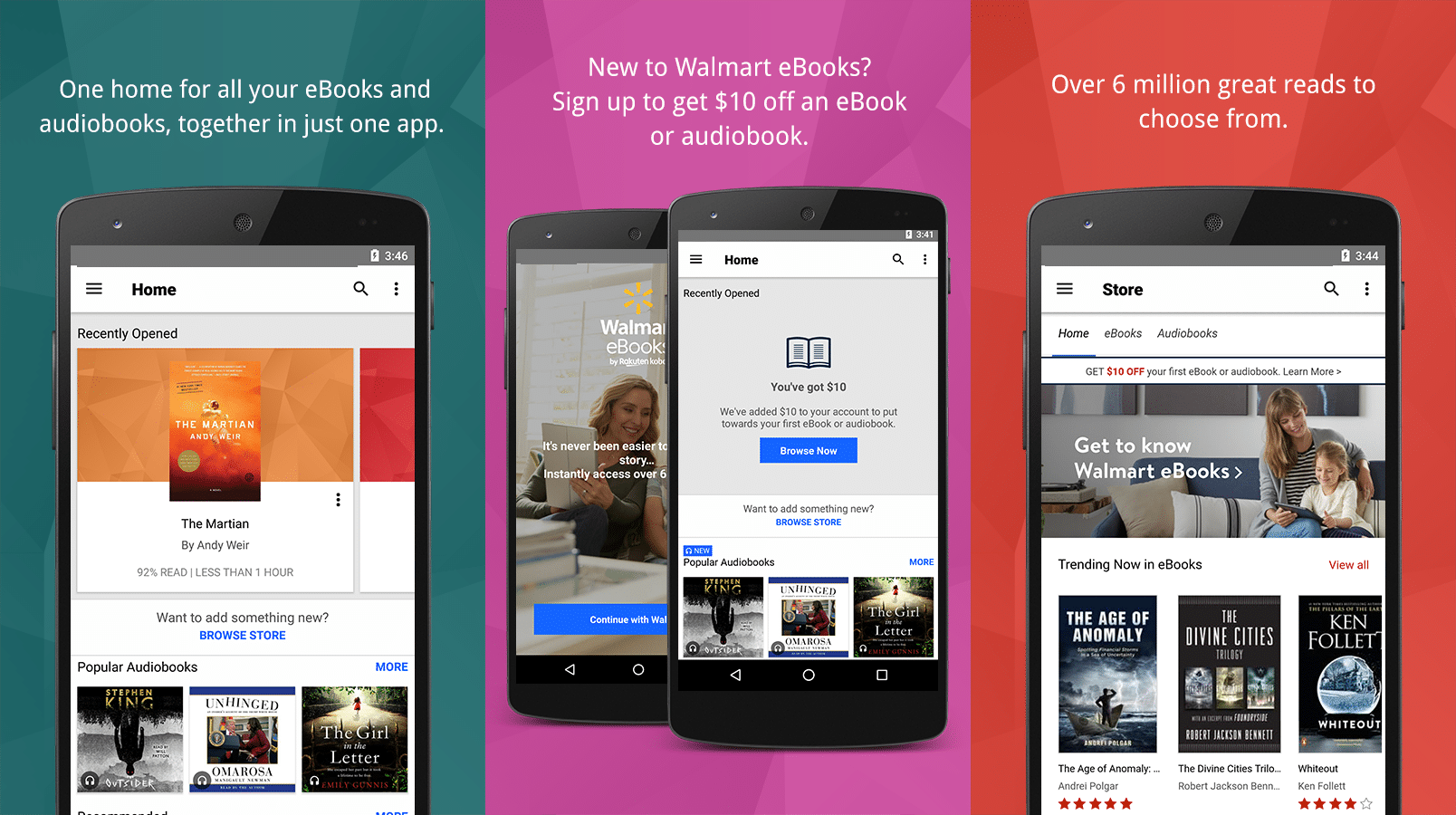 Walmart has just launched an ebooks app for Android and iOS. Walmart is hyping that this new app has a built in ebookstore to purchase content and a fully functional audiobook player. When you install it for the first time Walmart says they will provide you with a free $10 credit to be used towards anything you want.

There are over 6 million ebooks and audiobooks to select from and you can register a new Walmart account directly within the app. You can read ebooks and change the themes, fonts, line spacing, margins and a number of other text augmentation features. The audiobook player has a simple interface, you can control the playback speed and a timer system, so it will automatically stop playing after a specific duration of time.

This app is a clone of the main Kobo app for both of these operating systems and there are lots of bugs. Walmart is selling gift cards in 3,000 of their US locations to redeem for certain bestselling audiobook and ebook titles. They are sort of like iTunes or Amazon gift cards in this respect. The Walmart ebooks app has no system to enter gift card information on iOS or Android. Instead you need to first find the section on the Walmart.com website, but it is not intuitive.

If you have an existing Kobo account and a Walmart account, that use the same email address, it won’t let you login if you use the Android app. You are brought to the Rakuten global page where it asks you to login with your existing Kobo ID from far flung places such as France, Germany or Japan. You can make a new Walmart account directly in the app though.

Walmart promises that new accounts will receive free $10 credit, but when I used both the Android and iOS app only $5 in credit was provided. I think many people who are going to install the app are going to notice this and get pissed off.

This is the worst co-branded app that I have ever used. There is a serious bait and switch going on with the amount of money you are getting when you install the app for the first time. The Android experience is riddled with serious bugs that are going to drive away customers and IOS won’t even let you buy anything.