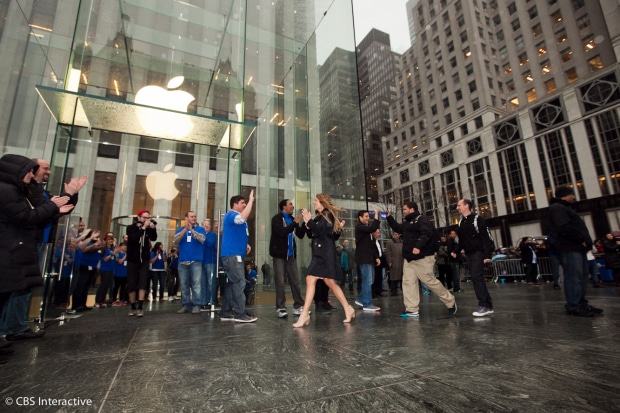 The Apple iPad 3 just dropped today and if you pre-ordered it the day it was made available, the #iPadSanta might be bringing you a special treat. Otherwise, for those of you who are brave of heart, you might pick one up from the Apple Store, Staples, or Futureshop. We just got ours today and will be filming a ton of video tutorials and reviews later on. The Apple App Store has a new section called ‘Great New iPad Apps‘ that are all optimized for your new device. In the meantime, here are the 10 top apps we are most excited about trying on the 2048 x 1536 Retina Display.

Starwalk – This was upgraded a few days ago to allow for the picture of the day from NASA to be in crazy high resolution. If you dig looking at supernova, stars, constellations, and other cool planets, you might want to check out this paid app.

Amazon Kindle – Amazon released the new retina version of their iPad app yesterday. It makes the main interface look very much like the Kindle Fire with Cloud and Device offerings. The entire GUI has been redone to support high quality graphics. Text is supposed to look clearer and we just need more books, cookbooks, and magazines supporting it.

iPhoto – One of the first image editing programs coming out in support of high level graphics. This is a must if you are into photo editing.

Mass Effect Infiltrator – Released just in time for the iPad 3 launch, it’s mass effect on your iPad! You play the role of a super soldier apart from the main heroes in the story to rescue scientists and get some key info to the resistance.

Twitter – High Resolution graphics, crisper text, and the ability to tell all your friends you just got your new iPad3!

Infinity Blade 2 – When Apple announced the new iPad a few weeks ago, they hyped it as one of the best gaming machines for publishers and developers. No game really comes as close as Infinity Blade 2, which will take 3D graphics and enhanced play on this new tablet.

Sketchbook Pro – Made by Autodesk the creators of Maya, so you know this app is groovy for creating high quality art with great brushes. It was updated a few days ago using the new high resolution. Art Attack!

Sky Gamblers: Air Supremacy – One of the only flight simulators to appear on launch day. It is 3D based and has single player or multi-player game features. Should experience zero lag while playing it over WiFi or LTE.

NYTimes For iPad – If you have an existing subscription to bypass the Paywall, you can endlessly read all of the articles on your iPad 3! It has higher resolution on the text and pictures.

Evernote – One of the most popular note taking and productivity apps! Things just got kicked up a notch by supporting high res everything!