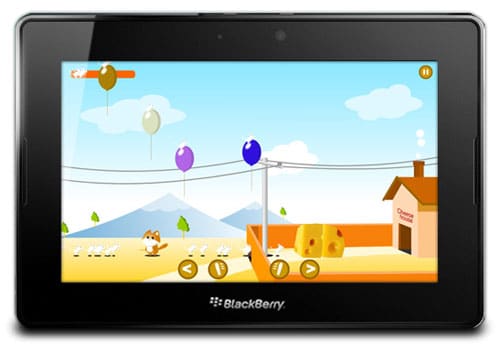 We all know there is a 10 inch tablet device that RIM is working on and the good thing is, the tablet might be there for public viewing at the upcoming MWC. Or with a greater probability, at the DevCon Americas scheduled in May. Also as proof of the tablet already attaining its final shape, the rumored 10 inch PlayBook had been sighted by people of BlackBerryCzech in the backrooms at BlackBerry DevCon Europe though unfortunately, they were not permitted to take a photo of the device to back their claim.

Other interesting bits that has also come to the fore include a few accessories such as a pure docking station which includes an Ethernet port, three USB ports along with an HDMI out slot. The docking station will therefore also allow the PlayBook to be used as a desktop too. In the docked condition the device could be used for VoIP calls due to the available wireless receiver.

A keyboard docking station can also be expected that connects to the PlayBook via BlueTooth. What makes the keyboard stand out of the rest is its own battery pack that can sustain it for an impressive 30 days.

RIM intimates that 6,600 developers have registered themselves indicating their interest to develop apps. Since last Friday, RIM has received 1,500 applications for their BlackBerry App world store. So large has been the flow of applications, that RIM had to employ additional staff to process these applications and registrations.