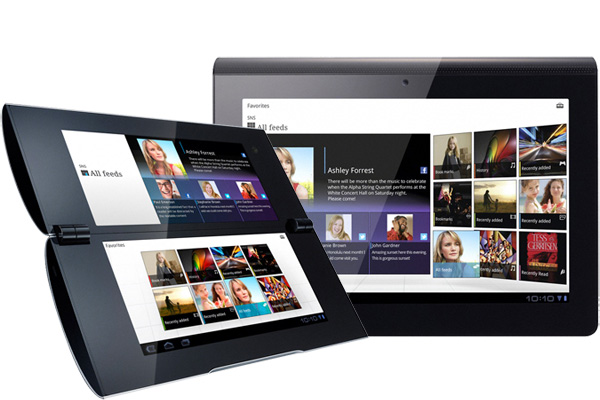 The Sony Tablet S and Tablet P is all set to hit streets from the 28th of October in all its 3G glory though that’s going to happen exclusively in Japan before anywhere else. This was announced by NTT DoCoMo which will be the official carrier for the Sony tablets. Interestingly, the Japanese carrier had earlier pegged the launch schedule of the 3G version of the two Sony tablets in November and its good to see both Tablet P and Tablet S being released ahead of schedule in a segment where delays are more often the norm than an exception. There is also a discount of ¥1,040 (about $14) applicable on the data plan to be availed of for the 6 months after purchase.

The 3G enabled tablets would come with the model numbers SGPT113JP / S for the Tablet S and SGPT211JP / S for the tablet P. The Tablet S in its 3G avatar sports the same specification as its Wi-Fi counterpart. So its the same familiar stuff inside of Tablet S, with a 1 GHz NVIDIA Tegra 2 chipset, 9.4 inch IPS display having a resolution of 1280 x 800 pixels along with Android 3.2 Honeycomb as the operating system. These apart, the Tablet S would also serve as an IR enabled remote control device.

For the P variant, it comes with two 5.5 inch sized displays with a resolution of 1024 x 480 pixels. It features a unique clamshell form factor, perhaps the only one in the mainstream tablet market as of now from any reputed tablet maker. As such, each of the displays can operate independently or in unison with the other display. Also, a nice aspect of both the Sony tablet is their DLNA compatibility.

The first versions of the tablets from Sony which were released on September 17 only boasted of Wi-Fi feature and its not known as of now when the 3G variants will start popping up in various world markets.