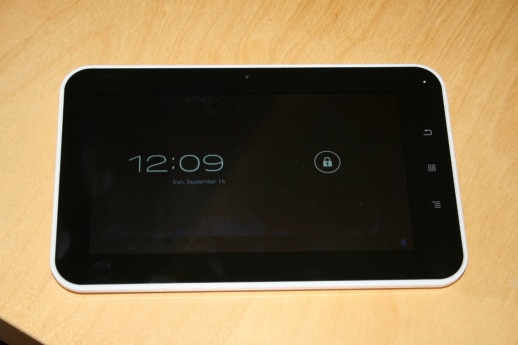 The Aakash 2 tablet device that has been in development for quite some time is now finally being launched. Featuring a more powerful 1 Ghz Cortex A8 processor and a 512 MB RAM, Aakash 2 promises better performance, and the  battery life is improved to around a more respectable 4 hours thanks to a more powerful 3000 mAh unit being used this time. The tablet runs Android 4.0 and includes a micro USB port.

On-board storage stands at 4 GB, with a micro SD card slot that allows expansion of up to 32 GB. A 7 inch 800 x 480 pixel display makes up the front with a multi-touch 4-point projective capacitive layer to allow for a better user experience. While that is fewer pixels than what is available on even the entry level Nexus 7 or the Kindle Fire, what makes the Aakash 2 offering still appealing is its ultra low price tag of around $20 (INR 1,132). That is the government subsidized price, the commercial version costs more around $40.

Datawind, manufacturer of the device, has sounded optimistic with the price, stating the company would try to drive it down even further. “We’re not done yet.  We will continue to drive pricing down and make internet devices and access affordable for all tiers of society,” said DataWind Co-Chairman and Chief Technology Officer, Raja Singh Tuli.

At the initial stage, Datawind will be supplying 100,000 units of the Aakash 2 tablets to IIT Mumbai for distribution to college students across the country. IIT Mumbai is acting as the technology consultant in the entire project and has developed unique applications for the device, which include “3D-modelling, C++ programming, remote and collaborative training applications, robotic control and live assessment tools.”

The Center for Development of Advanced Computing (C-DAC) has also been involved in fine tuning the hardware and logistics of the Aakash 2 tablet project, the commercial version of which is termed UbiSlate 7Ci and can be ordered via the official Datawind site.

Initial reviews have been positive, with Washington Post columnist Vivek Wadhwa saying, “It has the potential of revolutionizing India, putting millions of Indians on the Net instantly.”