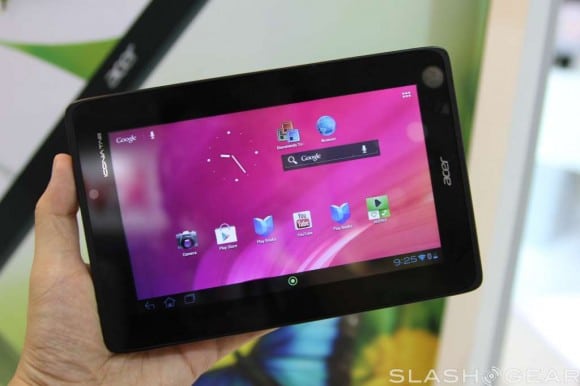 The future Android tablets from Acer will be named A210 and A110. These tablets are on display at Computex and are the next gen versions of the current Iconia Tab A200 and A100 tablets the company offers.

Both the tablet PCs now come with the latest Tegra 3 quad core chip with Android 4.0 ICS as the default OS. Acer reps at Computex stated that they plan to launch the tablet during Q3 this year, though price has been kept a secret as of now.

Coming to the individual specs, the 7 inch 1024 x 600 pixels Iconia Tab A110 feature a 1 GB RAM along with 8 GB of storage space. The tablet measures 0.45 inches in thickness and also includes a micro USB port, a micro HDMI slot, and a microSD card slot.

While prices haven’t been released, both the tablet PCs are likely to be kept affordable as both are largely of 2011 era, but with enhanced processing ability along with Android ICS right out of the box. The 7 inch Acer A110 and other buy now pay later tablet computers are now available at BrightHouse.