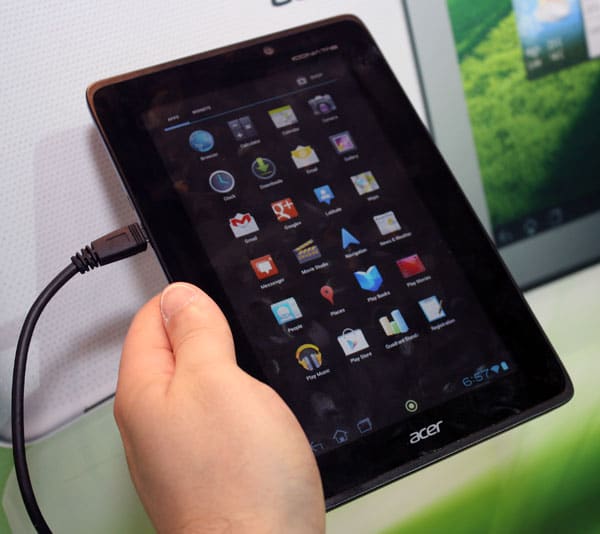 One of the star attractions of the 2012 Computex event was the Iconia Tab A110 tablet, which forms Acer’s primary weapon against the Kindle Fire or the Nexus 7, with the latter a clear winner so far in the budget tablet segment. Now with the A110 also in the fray, there is a new serious contender against which both Amazon and Google will have to develop a more aggressive strategy, since the Acer tablet is a great choice.

To begin with, the Iconia Tab A110 comes with Jelly Bean right out of the box, placing it one up against the Kindle Fire which continues to be in the Android 4.0 ICS. A NVIDIA Tegra 3 chip at the core of the device makes puts it on par with Nexus 7, though the Asus offering lags with its display quotient, which at 1024 x 600 pixels is quite a few dots less than the 1280 x 800 pixel display that the Google tablet has for the same 7 inch screen.

Other positive aspects with the A110 include a microUSB, microSD, and micro HDMI port, with the latter two lacking on the Nexus 7. However, the one thing that Acer must have if it wishes to be seen as a serious competitor is an affordable price tag. A sub $200 price tag will make it a great package, and what remains to be seen is how flexible Acer is willing to be in this aspect.