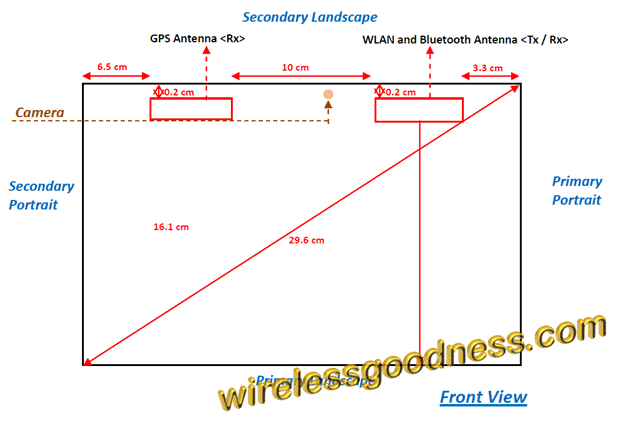 In a development that’s indicative of a product nearing its market debut, the Acer Iconia Tab A200 has now made its customary FCC stop. We have had brief sightings of the tablet so far but those have done little to clear the air about the upcoming tablet. FCC listings hasn’t done any better since as far technical specifications go the FCC site only mentions the Acer tablet will come with 802.11b/g/n Wi-Fi and Bluetooth capability. Other than that what appears to be present though not confirmed is one camera at the least a USB port and GPS too.

Dimension of the device which as per reports is being manufactured by the Taiwan based ODM Compal, would be 0.28 in thickness. So while we do know the device would sport a thin profile, thinner than the current Galaxy Tab 10.1, we are left to speculate what sized display the A200 will come with. While the leaked images point to a 10 inch display, there is no way to pin point it in the absence of hard core details. So there still are chances of the A200 sporting a 8.9 inch touchscreen though if that be the case then the tablet might have a thickish bezel.

Acer has requested FCC not to disclose the documents it has submitted for the next six months and that is being strictly adhered to by the FCC guys. So there are chances of the tablet not seeing the light of day this holiday season though we might get to have a look of it at the CES event in January.