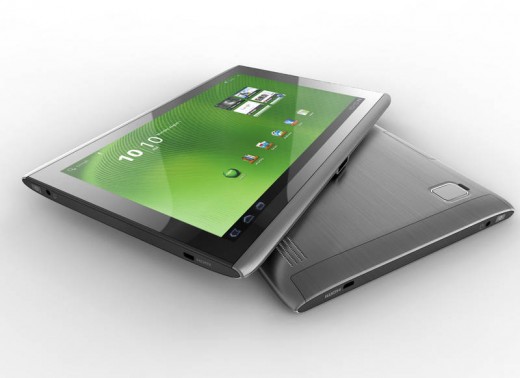 Acer has announced the availability of its Iconia Tab A501 in Canada, more than a month after the same went on sale in Canada’s southern neighbor. Rogers Communications will be lending support to the 4G tablet and agreeing to a 3 year contract will fetch the tablet for just $199.99. The price point has already been made famous by Amazon and its Kindle Fire tablet, though with the Iconia Tab A501, you get to stretch your fingers a bit more as its a full 10.1 inch of touchscreen on the A501, with the nVIDIA Tegra 2 dual core processor humming away inside.

Also, along with the usual set of activities that one can perform with enthusiasm on the Android tablet, the tablet will also serve as a convenient platform for e-book reading. Not only is there a multitude of e-book reading apps waiting to be downloaded, Acer has also pre-installed Google Books and Zinio on the A501. Google Books has just been launched in Canada, which means plenty of reading options for book lovers out there.

Acer is claiming a battery back-up time of about 10 hours. The tablet itself looks classy in a Alpine Silver brushed metal aluminum chassis while still weighing a convenient 1.7 pounds.

The A501 can be picked up from Wireless Wave, Tbooth wireless, and Wirleess along with others.