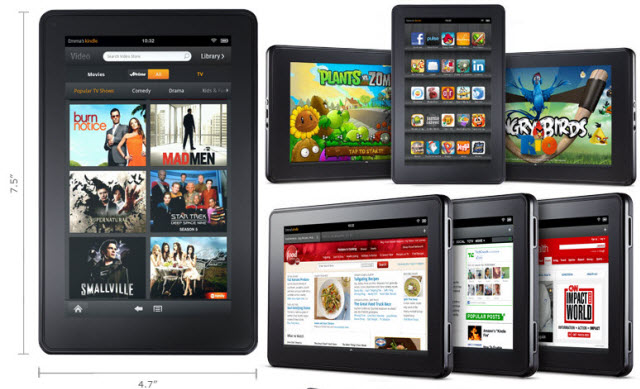 Amazon may have just allowed itself a slight advantage over its B&N and Kobo rivals by announcing it will have on offer the entire range of Kindle devices across 16,000 stores throughout the US starting November 15. For this, Amazon has already entered into an agreement with the biggest names in the retail scene in the US which includes Best Buy, Office Depot, Radio Shack, Sam’s Club, Staples, Target, and Walmart. On offer is the entire range of Kindle devices such as the Amazon Kindle, the new Kindle Touch and Kindle Touch 3G along with of course the Kindle Fire with price ranging from as low as just $79 to the extremely affordable $199 for the Kindle tablet.

Barnes & Noble too will be offering its latest Nook Tablet at its brick and mortar stores along with free Wi-Fi in all the stores though it still falls short of the depth that Amazon might have achieved by offering the Kindle devices at as many as 16,000 stores.

What’s interesting though is that while both B&N and Amazon are at loggerheads trying to out smart each other in the budget tablet segment, their devices on the other hand share a lot of similarities with each other. Like both have a 7 inch 1024 x 600 pixel touchscreen display, 1 GHz Texas Instruments OMAP dual core processors, along with Android 2.3 as the base OS with each adding a layer on top of it to highlight their individual business strengths. The Nook Tablet though steals the lead on other areas like 1 GB of RAM (512 MB for Kindle Fire) while also including a bigger 16 GB of on-board storage against just 8 GB for the Kindle offering. What even more important is the Nook Touch also comes with a 32 GB max microSD card slot. Anything of that sort is non-existent in the Kindle Fire though let’s also not forget, the Kindle Fire is a whole $50 less than the Nook Tablet.

In the end, it will be mighty interesting to see which of these two emerges the winner though we will have to wait at least a few months to get to that.